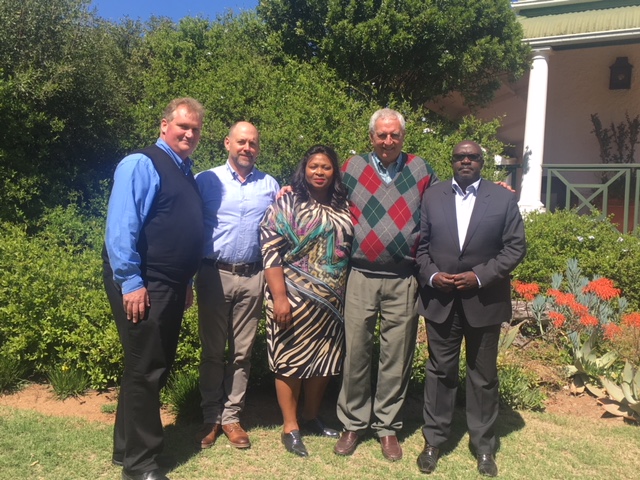 Wilderness Foundation Africa was founded 47 years ago by Adrian’s friend and mentor, Dr Ian Player. Dr Player was one of the world’s most outstanding conservationists and an environmental statesman. He is acknowledged globally for his work to save the rhino, and still honoured as a conservation pioneer. Dr Player’s work began in KwaZulu Natal in an era during which Africa’s protected areas were being created and tested. He worked tirelessly on his life’s mission until his last days in 2014. Dr Player is the only other person to have been conferred the status of Patron of Wilderness Foundation Africa.

Adrian was guided and mentored by Dr Player from the time he began pioneering sustainable conservation in the Eastern Cape. Adrian bought a piece of degraded farmland over 20 years ago and after much studying realised that the Big Five had once occurred naturally in this part of Eastern Cape of South Africa. He worked tirelessly to bring the land back to life and populate it with its natural inhabitants to restore the ecosystem that once thrived there. This was the birth of Shamwari Game Reserve, the first private Big Five game reserve in the Eastern Cape, and the beginning of the successful eco-tourism and conservation that we see today. Adrian achieved all this under the mentorship of Dr Ian Player and aptly followed in his footsteps to become a world-renowned conservationist within the eco-tourism industry. It is especially fitting that he now serves as Patron of Wilderness Foundation Africa and Wilderness Foundation Global.

After developing a conservation success story in the Eastern Cape, Adrian went on to establish the Mantis Collection – the only hotel group with a presence on all seven continents of the world. Mantis develops, manages and markets hotels and eco-escapes that function harmoniously with their natural environments. In his capacity as an entrepreneur and conservationist, he has grown a wide-ranging network which he steers towards the plight of the environment and wildlife conservation.

Adrian continues in his position as Executive Chairman of Mantis, Chairman of Stenden University South Africa, board member of the Mandela Bay Development Agency and Chairman of the newly-established Community Conservation Fund Africa which he founded together with the merger of Mantis and the International Hospitality organisation, AccorHotels.