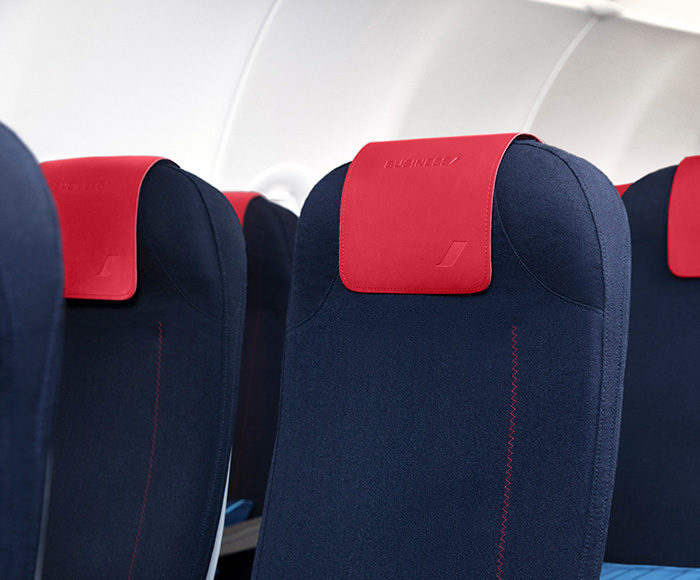 Air France is extending its Business class service to customers on its domestic network, on departure from Paris-Charles de Gaulle, Paris-Orly and the French regions, which will also be available on short-haul flights connecting the French regions to international destinations.

With this move upmarket, Business class customers with a connection on a long, medium or short-haul flight to or from the French regions will now enjoy seamless Business class service at no extra cost throughout their trip.

This new service can be booked at airfrance.com or on the Air France App and is valid for travel as from 4 February 2020.

Air France is the only airline to offer a Business class service in France.

For travel within France, there is three types of fare:

Each booking class has just one fare and the same conditions. Also, the purchase of an upgrade from the Economy cabin to the Business cabin will be available at the opening of flight check-in, 30 hours before departure.

Attentive service before the flight

Air France Business customers will benefit from special services such as SkyPriority channels at the airports which offer this service:

Away from the hustle and bustle of the airport, customers also benefit from access to the Air France lounges where they can enjoy something to eat, work, rest or ask for information. The lounges for short-haul flights are available at Paris-Charles de Gaulle (terminals F and G), Paris-Orly 1, Bordeaux and Lyon airports. The airline’s partner lounges are available at Paris-Orly (terminal 1A), Marseille, Nice, Toulouse, Montpellier and Mulhouse airports.

A more generous baggage allowance is exclusively dedicated to them. Business customers can take two pieces of baggage weighing 32kg each in the hold, as well as two carry-on bags and a cabin accessory for a total of 18kg.

In addition, they can choose their seat when they book their flight.

Entertainment as a bonus

On the Air France Play App, Air France’s digital entertainment offer, customers can download unlimited newspapers and magazines on their tablet and smartphone free of charge from 30 hours before departure, to enjoy before, during or after their trip.

They also benefit from Wi-Fi access with Air France Connect. By the end of the year, the entire Air France fleet, including its short-haul aircraft, will be equipped.

With Air France Connect(2), customers can access one of the three passes on offer:

Air France Connect will be available on the entire Air France fleet by the end of 2020.

Jeanette Briedenhann
Jeanette Phillips joined the team in 2016. She developed a passion and love for all things-travel related in her role as travel journalist, a position she held for over seven years. A brief exodus into the corporate marketing sphere proved that there is no better industry than the travel industry. Research and writing are two of Jeanette’s greatest passions, but she is always open to new challenges and different ways of doing things.
Previous articleNovel Coronavirus – No need to panic says SA Department of Health
Next articleSWISS now flying with a fully-refurbished A340 fleet

FCM Travel Solutions Southern Africa is pleased to announce that Bonnie Smith has recently been appointed as General Manager for the brand.
Read more
Corporate Travel

FCM Travel Solutions Southern Africa is pleased to announce that Bonnie Smith has recently been appointed as General Manager for the brand.
Read more