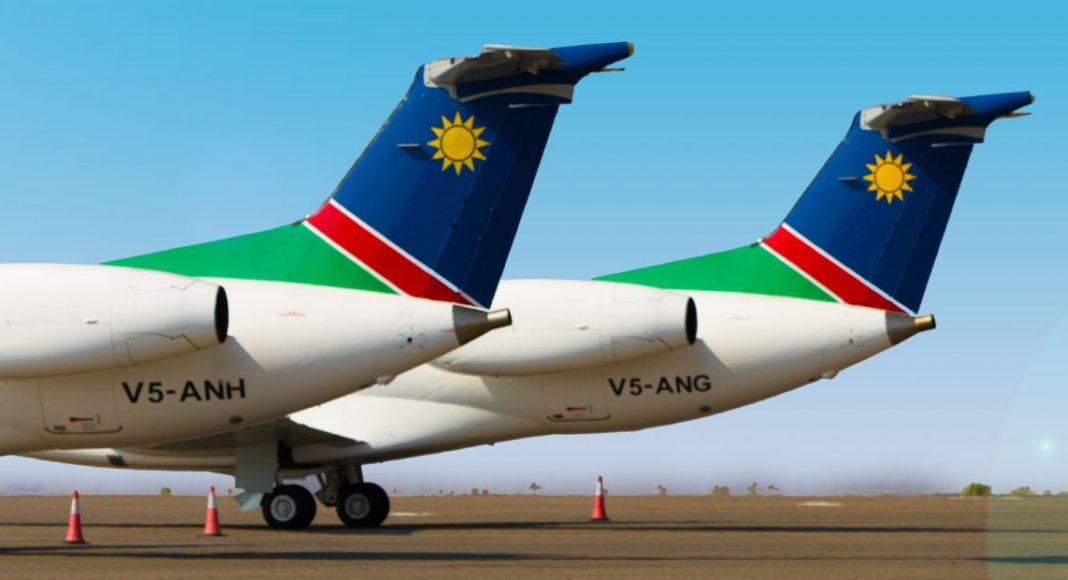 Air Namibia has cancelled its scheduled flights to Zimbabwe as an interim measure after one of its aircraft was impounded by authorities in Harare last Friday, reports the Namibian.

According to reports, an aircraft leased by Air Namibia was impounded as a result of a pending court case brought against the airline by five Zimbabwean nationals.

The article in the Namibian mentioned that earlier this year, the media reported that a family claimed they had visas from the Turkish consulate in Harare to travel to Turkey via Frankfurt.

Air Namibia, however, received instructions from the German immigration officials in Pretoria not to allow the passengers onto the flight.

The family then sued Air Namibia in the High Court of Zimbabwe for US$1 million, and requested that the sheriff be directed to attach any of the airline’s moveable property at its town office in Harare, as well as to impound any of the airline’s aircraft landing in Zimbabwe.

In a statement issued by the airline, spokesperson, Paul Nakawa, said flights to Zimbabwe would be cancelled pending the finalisation of the matter.

“The airline has resolved to divert the current flights between Hosea Kutako International Airport and Victoria Falls to Livingstone, Zambia, for the period 6 October 2018 to 27 October 2018.

“We trust that Air Namibia can count on the continued support of its passengers, and we continue to strive for the most professional and pleasant experience for our passengers,” he added.

Nakawa stressed that the airline has invested significantly in Zimbabwe by having flights to that country yearly, and even at a time when that country’s economy was in tatters, Air Namibia continued flying there to support it.

“To date, we remain one of the very few airlines promoting Zimbabwe as a tourist destination as part of the Southern African Development Community, and in line with our mandate for the development of the region.

Jeanette Briedenhann
Jeanette Phillips joined the team in 2016. She developed a passion and love for all things-travel related in her role as travel journalist, a position she held for over seven years. A brief exodus into the corporate marketing sphere proved that there is no better industry than the travel industry. Research and writing are two of Jeanette’s greatest passions, but she is always open to new challenges and different ways of doing things.
Previous articleInternational SOS SA awarded Top Employer Certification for 2019
Next articleFastjet to launch new Maputo-Quelimane route