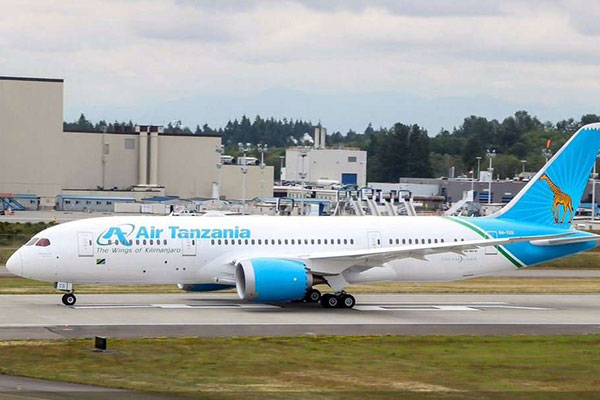 Air Tanzania will reportedly launch flights to Guangzhou in China in February next year.

According to a report from AllAfrica.com, the airline will deploy its new B787-8 Dreamliner on the route, operating the flights via Bangkok, Thailand.

The airline will plans to operate the route on Tuesdays, Thursdays and Saturdays, with return fares starting from $650 to Guangzhou and $700 to Bangkok, with Value Added Tax included.

AllAfrica.com quoted, ATCL Distribution and Sales Manager, Edward Nkwabi, as saying that the airline is targeting those cities because they are major commercial centres and many Tanzanians travel to the cities to buy merchandise.

Mr Nkwabi was speaking during a joint press conference organised by ATCL and the Tanzania Tourist Board (TTB), where they revealed plans of hosting roadshows in four cities in China starting next week.