Home Aviation Alitalia heads back to Jo'burg and Nairobi 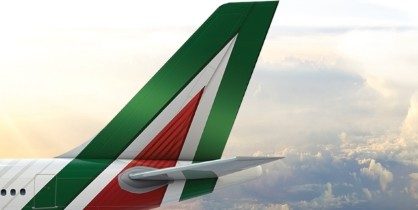 Alitalia heads back to Jo’burg and Nairobi

Alitalia has confirmed that it is to start new services to Johannesburg next year.

In a short statement released by the airline it said that tickets sales have opened on the route and that it plans to return to Johannesburg during its spring operating season in 2018.

Flight will operate four times a week on Tuesdays, Thursdays, Saturdays and Sundays, with flights departing Rome at 10h10, arriving in Johannesburg at 08h20 the following day. The return service will depart Johannesburg on Wednesdays, Fridays, Sundays and Monday at 09h00, arriving in Rome at 07h25.

Flights will be operated with a 250-seat Airbus A330 aircraft in a three class configuration offering Magnifica business class, Premium Economy and Economy.

The airline is also due to resume services to Nairobi in March 2018. Flights will also operate four times a week by an A330 in a three-class configuration.

Jeanette Briedenhann
Jeanette Phillips joined the team in 2016. She developed a passion and love for all things-travel related in her role as travel journalist, a position she held for over seven years. A brief exodus into the corporate marketing sphere proved that there is no better industry than the travel industry. Research and writing are two of Jeanette’s greatest passions, but she is always open to new challenges and different ways of doing things.
Previous articleAddo Elephant National Park is gearing up for the December school holidays
Next articleThe truth about duty free