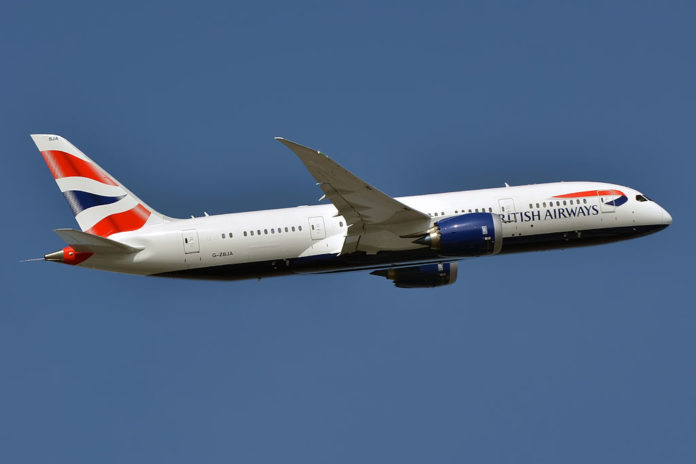 The service will be the only non-stop link between Europe and Durban and will be operated by the airline’s newest aircraft, the Boeing 787-8 Dreamliner. The aircraft will arrive at King Shaka International in the morning and land back at Heathrow in the evening.

Return fares from Durban will start from R11 679.

Sue Petrie, British Airways commercial manager in Southern Africa, says the direct flights should help grow international tourism to KwaZulu-Natal and provide a more convenient alternative for the province’s business travellers and holidaymakers wanting to get to the UK and Europe.

Sihle Zikalala, MEC for the Department of Economic Development, Tourism and Environmental Affairs in KwaZulu Natal, said: “We are proud to be able to showcase the city of Durban to the world through this new British Airways direct flight, the sheer diversity in travel and business opportunities that visitors can access through this gateway into the province of KwaZulu-Natal will unlock enormous potential.

“Great Britain and KwaZulu-Natal share a very rich history, and we are excited to be able to rekindle that relationship with the launch of this new route. The investment and trade opportunities presented by this direct flight between Durban and London will undoubtedly add value to our economy.”

The route expansion comes as British Airways rolls out a £4.5 billion, five-year customer investment plan, with a focus on excellence in the premium cabins and more choice and quality for all its customers.

On its South African routes it has already introduced new bedding and amenity kits in the Club World Cabin by luxury lifestyle brand, the White Company. The investment will also see a new Club World seat in future.

At Heathrow it has opened a First Wing check-in area with direct security and lounge access. Lounges around the world are being revamped, including Johannesburg and Nairobi.
In World Traveller new expanded menus have been introduced, providing more quantity and quality in the long-haul economy cabin, as well as snack options throughout the flight.
New World Traveller and World Traveller Plus cabins are being rolled out in the Boeing 777 fleet operating out of Gatwick. It is these aircraft that will fly to Cape Town during the South African summer.

The investment plan will also see British Airways installing the best-quality WiFi in every seat, upgrading the interiors of 128 long-haul aircraft and taking delivery of 72 new aircraft. 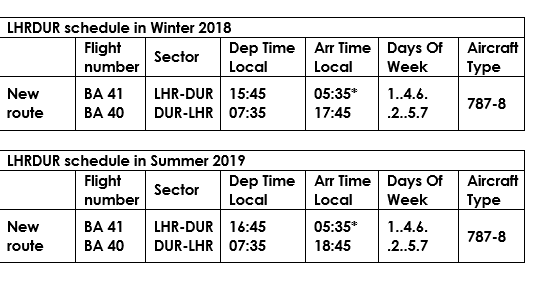