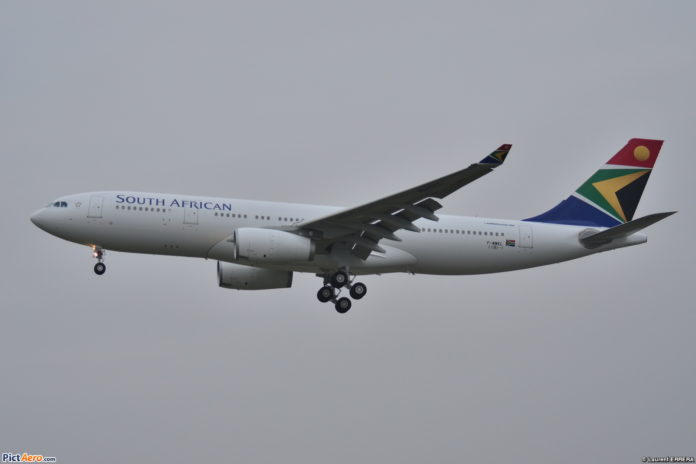 Following a sitting of Parliament’s Standing Committee on Public Accounts (SCOPA) last week, trade union Solidarity has issued a statement saying it was confirmed that the national carrier, the SAA, is under tremendous financial pressure, and that a deliberate intervention to get the SAA out of its predicament is called for.

At a press conference held on 8 April Solidarity announced that it was initiating attempts to have the SAA placed under business rescue.

During the SCOPA meeting SAA CEO Vuyani Jarana was asked when the SAA would need a possible further bailout. His reply was an unequivocal “Immediately”. Jarana also confirmed that the airline required a bailout of approximately R5 billion from the National Treasury as it was not in a position to pay its debts.

“If we keep on doing what we have been doing we will simply perpetuate the same problems, Connie Mulder, head of Solidarity’s Research Institute said after the sitting. “It is outrageous to assume that Treasury would grant a bailout to a company that is in such debt, while it is clear that the company would be in exactly the same position or would be even worse off in a year’s time,” Mulder furthermore said.

According to Mulder, it became even clearer today that business rescue would be the only feasible option for the beleaguered airline, but the Committee has not yet taken this option into consideration as an alternative solution. ‘‘Solidarity has already invited both President Cyril Ramaphosa and Finance Minister Nhlanhla Nene to support its application for business rescue,’’ Mulder confirmed.

Mulder argues that it is astounding and disappointing that the SAA management and the government, despite all the information nudging them in the direction of business rescue, are still focused on persisting on the same unsustainable path that will inevitably result in wasting even more tax money.

Solidarity furthermore announced that it would petition parliament on Tuesday, 8 May, to request a debate on the SAA issue.

‘‘Another R5 billion of tax payer money will be dumped into the looting pit of the SAA. We cannot continue with this; tax payers are tired of excuses and losses,’’ Mulder concluded.