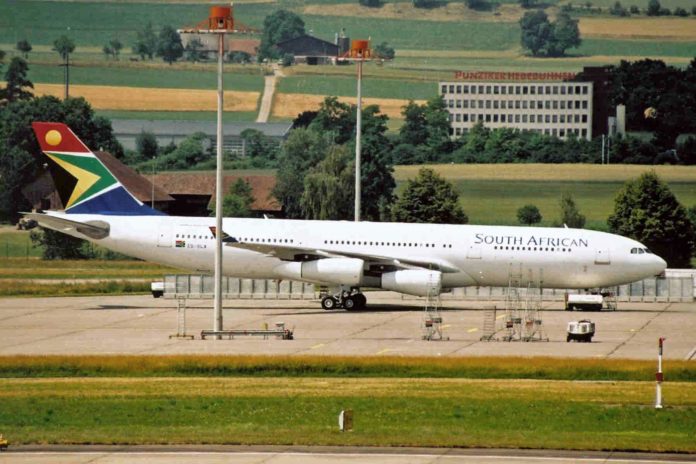 SAA yesterday welcomed the announcement of a capital injection made by government for the airline, saying that it will “go a long way to stabilise the airline financially and will help restore the confidence of all stakeholders in the operational sustainability of the company.”

In a statement the airline said that in order to turn its fortunes around, it approached its shareholder with a request for recapitalisation of R13.1 billion over three years.

Thus, yesterday’s announcement means that a total amount of R10 billion has been allocated to SAA in the current financial year. For the period ending 30 September, the airline received R5.2 billion. Of this, R2.2 billion was used to settle a maturing loan with Standard Chartered in July 2017 and another R700 million was paid to Citibank in September this year as part of the agreed payment plan and R1.2 billion was used towards working capital requirements. The funds remaining out of the R5.2 billion are ring-fenced to enable SAA to meet its payment plan with Citibank and to cover working capital requirement and/or partially settle the domestic lenders. Out of the remaining R4.8 billion, 60% will be used to partially pay the local lenders and the remainder of the funds will be used as working capital.

“SAA is aware and sensitive to the reality that the allocation comes at a time when government faces a number of demands competing for resource allocation. This calls for departure from a mundane flight path, work with urgency towards bringing more shareholder value, and become financially sustainable in the shortest time possible,” the airline’s statement read.

It added that the implementation of its turnaround plan must “switch to a higher gear and reassure through results”, all stakeholders that the airline is on course towards financial sustainability.

SAA concluded by saying that it is implementing some major initiatives as part of its remediation to improve financial performance and optimise operational performance. The airline has already announced its network changes and other milestones will be announced as the turnaround plan is implemented.