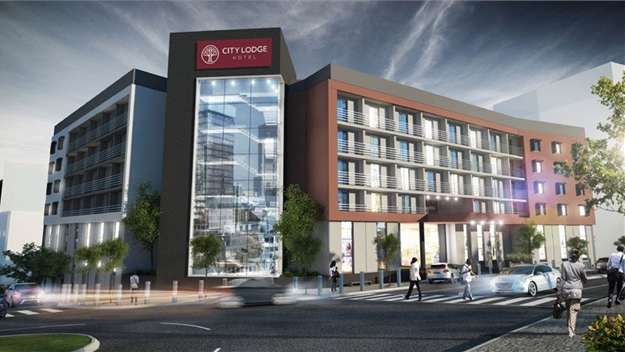 Situated adjacent the Two Rivers Mall in Runda, the property has opened its first phase of rooms and expects to be fully open by the end of February.

The four-storey hotel comprises two 20-seater boardrooms, two eight-seater meeting rooms, a swimming pool, a fitness room, a #Cafe for breakfasts lunches and light meals, a sundowner bar service, wireless internet, free parking and 24-hour reception services. One in every 50 rooms has been adapted to meet the needs of guests with reduced physical abilities. All bedrooms have en-suite shower facilities, with selected rooms providing baths as well.

The first 40 rooms opened on January 15, another 44 rooms will be available by the beginning of February and the hotel will be fully open by the end of February.

“We are extremely excited about the prospects for this hotel which is the biggest we have developed outside of South Africa,” said Clifford Ross, City Lodge’s chief executive.

“It is situated in an important growth node of Nairobi and will ideally complement our other hotels in the city and give impetus to our targeted East African expansion programme.”

While the group’s main focus will be on meeting the needs of business travellers, it will also focus on providing accommodation and associated services for leisure travellers visiting Kenya and East Africa.

City Lodge Hotel at Two Rivers is within easy access of the local United Nations headquarters, the Nairobi CBD, Jomo Kenyatta International Airport, the Karura Forest and various other attractions and facilities.

Jeanette Briedenhann
Jeanette Phillips joined the team in 2016. She developed a passion and love for all things-travel related in her role as travel journalist, a position she held for over seven years. A brief exodus into the corporate marketing sphere proved that there is no better industry than the travel industry. Research and writing are two of Jeanette’s greatest passions, but she is always open to new challenges and different ways of doing things.
Previous articleKenya tourism set benefit from Ugandan start-up
Next article20% discount on accommodation at Mopani Rest Camp

ASATA has welcomed President Cyril Ramaphosa’s announcement that the UIF/TERS scheme will be extended to 15 March, saying this extension could be an important...
Read more
Hospitality

FEDHASA, the voice of hospitality in South Africa, has welcomed the announcement by President Cyril Ramaphosa during his State of the Nation Address that...
Read more
Corporate Travel