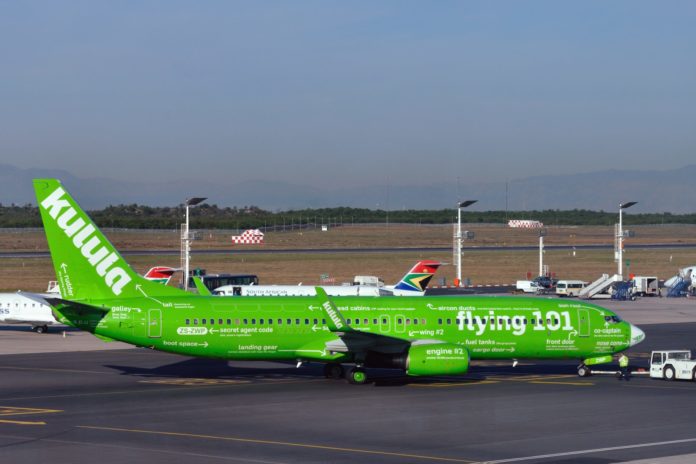 Announcing its Provisional Audited Results for the year ended 30 June 2018, Comair announced that the year in review delivered a record earnings performance despite an environment of laterally negative GDP growth, volatile exchange rates, elevated fuel prices and a domestic airline market that continues to be characterised by overcapacity.

Airline Passenger Revenue increased by seven per cent (7%) on the back of a combined increase of four per cent (4%) in passenger volumes and a three per cent (3%) increase in the average fare per passenger. Seat occupancy remained constant at 76%, notwithstanding an increase of approximately three per cent in Comair’s available seat capacity.

This remains below the average global industry seat occupancy of approximately 80.6%.

Airline operating costs increased by seven per cent (7%) with the most significant cost driver being a 14.2% per cent increase in the price of fuel as a result of the recovery in the dollar price of oil.

The translation profit of the comparative period that arose from the effect of the exchange rate on a dollar-based aircraft loan, was partly reversed as the currency deteriorated to R13.71 against the dollar as at 30 June 2018, from R13.04 against the dollar a year earlier. This resulted in a reported loss of R12 million in the current period on the loan value of US$17.6 million, compared to a profit of R41 million on the revaluation of the loan at
30 June 2017.

The SLOW Lounges have set a global standard for airport lounges, providing a perfect sanctuary from the fast pace of travel and modern life, and have won numerous awards for their design and service excellence. Demand for the Lounges continues to increase and the Group has extended and refurbished its domestic SLOW Lounge at OR Tambo International Airport. Comair’s SLOW Lounge at the OR Tambo International terminal now hosts Air France, KLM and Delta passengers, with further interest from other carriers for this premium lounge offering.

In addition, the Group has opened a new concept SLOW XS Lounge at Lanseria International Airport. The SLOW XS Lounge offers a slightly different proposition geared towards a smaller airport footprint but similar in quality and service to the other SLOW Lounges.

The Group recently expanded the SLOW in the City offering by adding a feature restaurant, ‘The Course’, at the Lounge’s entrance that provides an informal dining and meeting environment in the centre of Sandton. The restaurant offers an assortment of signature dishes and is open six days a week.

Investment in the lounge businesses during the reporting period amounted to R41 million.

The Group has invested in the development of a ‘next generation’ distribution platform for luxury inbound tourism into Africa amounting to approximately R26 million over 3 years. Studies show that luxury travel has emerged as
the fastest growing segment in global travel, with growth in tourism arrivals in Sub-Saharan Africa exceeding that of the rest of the world. However, the technology used in South Africa to compete for global tourism is outdated and the Group has taken the opportunity to establish effective global distribution channels. The new platform will commence selling in mid-2019.

The existing travel businesses, including kulula.work, kulula.holidays and mtbeds continue to deliver good margins and steady growth despite the depressed local travel market.

Consistent focus on implementing technology solutions has enhanced the Group’s operating performance, customer service and revenue generation. The pace of development in technology is relentless, and to this end, the Group has
acquired a data integration platform from Tibco, at a total cost of R34 million over two years. This technology seamlessly connects all applications and data sources and will eliminate the duplication of development efforts across the Group’s various distribution channels while facilitating the extraction of the maximum benefit from its customer data in order to improve on its service offering and on the marketing of relevant products to its various customer segments.

The Group has further invested in the renewal of its Sabre suite of software licences, amounting to R20 million over two years.

Furthermore, new software applications have been developed internally for use on board the aircraft and on the ground to facilitate more efficient operating procedures.

Post financial year end 30 June 2018, the Group entered into a joint venture with an IT Technology company, Infinea SA Holdings Proprietary Limited, thereby establishing a jointly held company called Nacelle Proprietary Limited.
Nacelle will be positioned as a service provider to the aviation and related sectors to deliver services such as IT operations support, project deployment and software development. The joint venture creates the opportunity to
commercialise decades of Comair’s operational discipline and expertise in commercial aviation through utilising Infinea’s expertise in software development, software marketing, operations support and payment solutions.

Comair’s claim against SAA for damages arising from anti-competitive conduct was heard in the Gauteng South High Court between 18 April and 24 August 2016. Judgement in this matter was handed down on 15 February 2017. In terms of the judgement, Comair was awarded damages in the sum of approximately R1.16 billion, inclusive of costs and interest to that date. SAA lodged an appeal against this judgement. Comair lodged a cross appeal to recover the full amount of the damages sustained plus interest on the total amount, which if successful, will increase the damages awarded to approximately R2 billion.

The Supreme Court of Appelas required the High Court papers to be summarised, which process has been completed and it is anticipated that the appeal will be heard in early 2019. Interest continues to accrue until the date of payment.