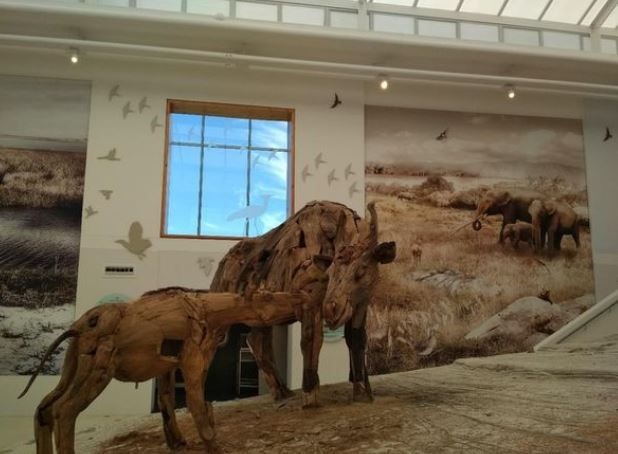 The Western Cape Government launched the Cradle of Human Culture – archaeological and paleontological heritage routes with three anchor sites in the Western Cape – alongside the World Travel Market Africa 2019 conference in Cape Town. The Cradle of Human Culture launch showcased the routes, logo, promotional material, as well as the Virtual Reality Programme to be rolled out at different interpretation centres and existing exhibitions.

Debates around the origins of anatomically modern humans and the modernity of their behaviour are crucial to understanding the history of all modern people.

The South African sites of Blombos Cave, Pinnacle Point Site Complex, Diepkloof Rock Shelter in the Western Cape; Klasies River in the Eastern Cape and Border Cave and Sibudu Cave in KwaZulu-Natal, have contributed outstanding evidence of palaeo-environmental conditions and the evolution of early humans.

Western Cape Premier, Helen Zille, said: “As a group, these sites are vital to our understanding of the origins of anatomically modern humans, the transitions they survived, and their modern cognitive abilities.”

“The three sites within the Western Cape are in the process of being nominated World Heritage sites, but the other three sites in the Eastern Cape and KwaZulu-Natal will be added to the nomination at a later stage. We are looking forward to working with our colleagues in the other provinces on this.”

“What we are launching today is just the starting point of the Cradle of Human Culture. This is the beginning of a journey that will help the visitor to understand how we develop and where we came from. The aim is for the route to then develop beyond the Western Cape into the rest of the country.”

The current route along the West Coast has been temporarily called The Artist’s Journey – here the engraved ostrich eggshell of Diepkloof can be found, but also later expressions of creativity in the several rock art sites included in this route.

The route along the Southern Cape Coast has temporarily been named The Coastal Journey here the archaeological record at Pinnacle Point, and later at Blombos Cave, the first evidence so far of consistent use of marine resources can be found. All the sites along this coastline speak about the relation between humans and the sea, like the fish traps at Still Bay.

At the launch Anroux Marais, Minister of Cultural Affairs and Sport said: “Following much expert conceptualisation, innovative collaboration and proactive effort, the Western Cape Government is honoured to launch the Cradle of Human Culture, not only as an archaeological discovery but as a journey of human expression and of humanity itself.

“The route encourages tolerance and social inclusion and more importantly social integration by advocating a common human ancestry, which is much needed in the socio-political climate in which we currently find ourselves. In exploring our cultural heritage, the expression and documentation thereof, we highlight that we have more in common than that what sets us apart and today we bear witness to how this was set in stone, long before any of us present came into existence.

“The launch reaffirms that we all are united in our diversity and that a more concerted effort must be made to change the often bitter narrative of history for the better. The various measures put in place to divide us based on differing cultural backgrounds fails in its destructive objectives when heritage is celebrated in this way as a platform is created for cultural expression to contribute to awareness, understanding and acceptance.”

While two of the three sites are currently closed to the public, other sites have been included in the route which is open to tourists.