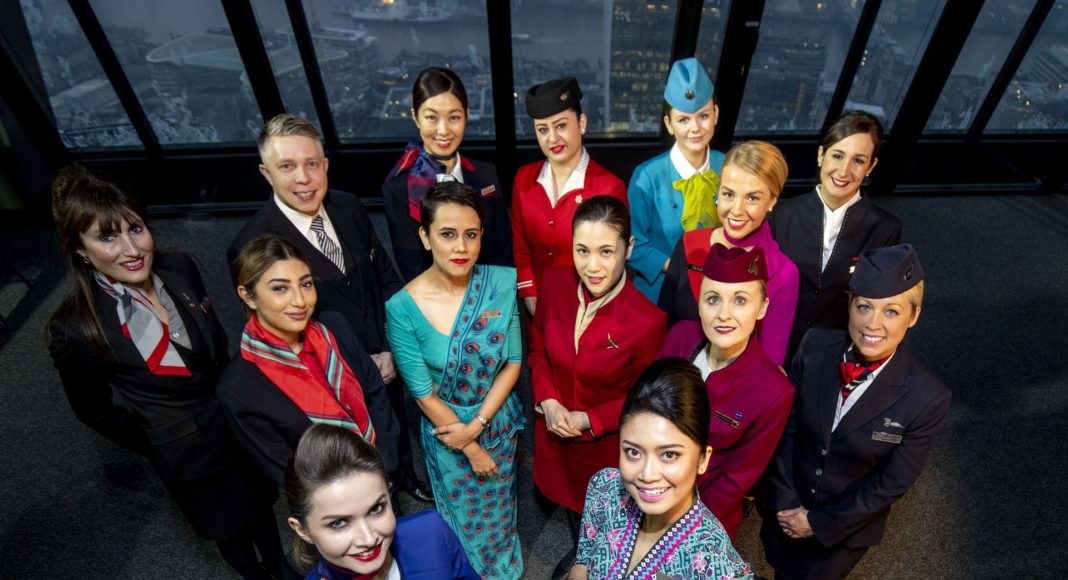 oneworld is making it even easier for travellers to fly across its 1,100-destination global network by harnessing the power and convenience of digital technology and rolling out alliance-branded and managed airport lounges later this year.

The alliance’s member airlines will progressively from this year offer the ability, via their own individual apps or websites, for customers taking connecting flights on any oneworld alliance partner to:

Receive information and updates on their flight.

Other services will be added in the future, such as:

Full seat selection, including when payments are required.

The ability to pay for additional baggage.

Locations of lounges and priority lanes through security for those eligible to use them.

These capabilities, announced as oneworld marks the 20th anniversary of its launch, are being rolled out on a phased basis – both in terms of functionality and the oneworld member airlines offering them.

This breakthrough functionality is being facilitated by a platform developed by oneworld, called internally “carrierconnect”, which facilities exchange of interline data in a standardised format through individual member airline apps and websites, to deliver an elevated digital experience for customers transferring between the alliance’s airlines.

Cathay Pacific and Qatar Airways are the first oneworld members to connect up in this way, enabling their customers to use either airline’s app and/or website to check-in and receive boarding passes for connecting flights on either airline.

Additional capabilities due to be added to the platform’s portfolio, also from this year, include flight information and baggage status. Later, the alliance plans to expand it to provide the capability of paying for additional baggage and other extras for connecting flights.

Currently, more than 8 million passengers a year make journeys that involve connections between different oneworld member airlines. Up until now, the only way these passengers could check-in for multi-sector journeys involving a connection with another oneworld member airline was to do so at a desk at the initial airport of departure. The alliance’s new digital capability, when fully rolled out, means they will now, if they choose, be able to use their preferred member airline’s app and/or website to do so, without having to download any additional app or enter more log-in credentials.

oneworld CEO Rob Gurney said: “The role of global alliances, like oneworld, is to connect the networks of airlines, making it easier and more rewarding for customers to travel to many more places beyond the reach of any single carrier. Our new digital platform brings our promise of seamless connectivity to life in the digital era – delivering multi-airline, multi-sector journeys the way they should be in this millennial day and age.”

“Threequarters of oneworld’s frequent flyers use at least one airline app. Half of them have at least three airline apps on their mobile devices – but there is a strong preference for using just one single app to cover a journey involving a transfer between different airlines. Yet, until today, the technology to support that has not been available. It is now, progressively throughout the oneworld network.”

“From the trials and consumer research we have conducted as part of this development, we know our customers are going to love it.”

First oneworld branded and managed lounges to be rolled out

oneworld is also ramping up co-location activities at key airports around the world and will unveil its first alliance-branded and managed lounge later this year – with more to be rolled out progressively thereafter.

oneworld CEO Rob Gurney added: “By working together, it may be feasible at some locations for our members to offer customers improved facilities – bigger and better lounges than they could justify individually.”

A number of airports are now being considered for the development of the first lounge to be branded as “oneworld” and managed by the alliance on behalf of its member airlines with the location of the first due to be unveiled later in 2019.

Meantime, the number of critical co-locations projects at key airports worldwide being managed by the alliance is increasing.

oneworld CEO Rob Gurney continued: “oneworld aims to bring its member airlines operating at all airports worldwide together under one roof, to smooth transfers for passengers connecting between different carriers’ flights, wherever the opportunities are available and wherever it makes sense.”

“We are working on once-in-a-lifetime opportunities at some of our most important gateways in Asia, the Americas and Europe with the aim of delivering the best experience for customers at each of these locations.”

• Sao Paulo: All five oneworld member airlines serving GRU are working with the airport authority there with the aim of co-locating all of their domestic, regional and international operations in the new Terminal 3A, which is slated to open in the mid-2021. Five alliance carriers operate there – the airport’s biggest home carrier LATAM, plus American Airlines, British Airways, Iberia and Qatar Airways – offering nearly 1,000 departures a week, with services split between two different terminals.

• London Heathrow: With 12 of oneworld’s 13 established member airlines operating there, LHR is the alliance’s biggest connecting hub worldwide. Because of the size of their operation and the nature of the airport, they are currently based in three of its four passenger terminals. With plans for a third runway, oneworld and its member airlines are progressing discussions with the airport operator to strengthen the alliance proposition there. Meantime, enhanced alliance facilities are being rolled out at Terminal 3, where nine oneworld airlines operate, including improved check-in, along with better shared self-service kiosks, plans for e-gates and facial recognition technology.

• Frankfurt: With the new Terminal 3 scheduled to open in late 2023, the 10 oneworld airlines currently flying there are in discussion with the airport authority on potential alliance opportunities. At present, American Airlines, British Airways, Cathay Pacific, Finnair, Iberia, JAL, LATAM, Qatar Airways, Royal Jordanian and S7 offer 175 flights a week from the airport.

Jeanette Briedenhann
Jeanette Phillips joined the team in 2016. She developed a passion and love for all things-travel related in her role as travel journalist, a position she held for over seven years. A brief exodus into the corporate marketing sphere proved that there is no better industry than the travel industry. Research and writing are two of Jeanette’s greatest passions, but she is always open to new challenges and different ways of doing things.
Previous articleCorporate Traveller launches new technology tailored to needs of the SME
Next articleSiteMinder reveals the top 12 hotel booking revenue makers of 2018