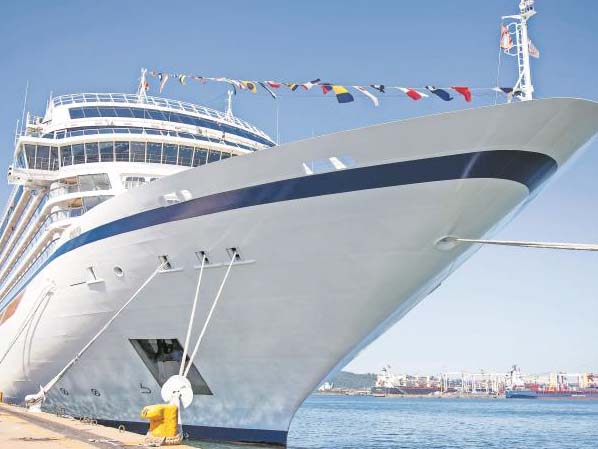 South Africa has attracted another new cruise line company to its ports, with the maiden voyage of the state-of-the-art VIKING SUN cruise liner which sailed into the Port of Durban last Friday.

The ship is operated by Switzerland-based owner Viking Ocean Cruises. Acting Durban Port Manager, Nokuzola Nkowane, said: “Receiving an award-winning cruise ship of Viking Sun’s stature at the Port of Durban is another feather in our cap. This affirms the port and the City of Durban as a cruise destination of choice, as reflected in our nomination once again this year as a finalist in the World Travel Awards category of Africa’s Leading Cruise Port.”

Nkowane said TNPA and the Port of Durban expected to receive more world-class cruise ships at the new Cruise Terminal which is being developed by KwaZulu Cruise Terminal (KCT).