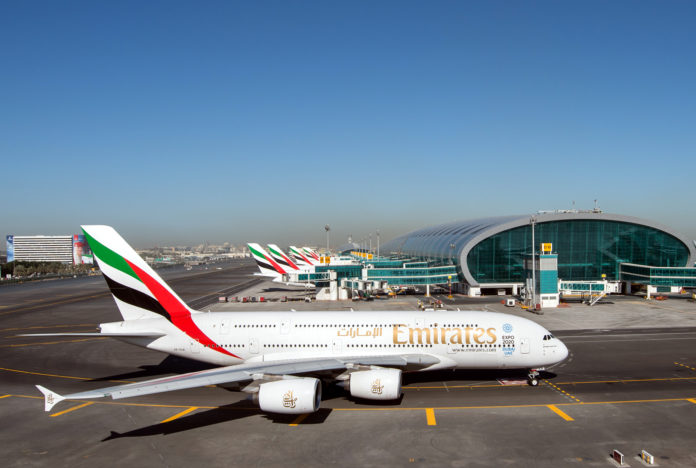 Emirates has announced adjustments to its operational schedules in 2019 to minimise the impact of the closure of Dubai International Airport’s Southern Runway in April and May 2019, and to respond to global travel demand trends. The airline also outlined its fleet plans for the year.

A significant number of scheduled Emirates flights will be impacted by the closure of Dubai International Airport’s Southern Runway for maintenance work between 16 April and 30 May 2019.

Given the limitations around operating flights using a single runway at its hub, many Emirates flights will be cancelled, re-timed or have the operating aircraft changed in order to reduce impact on customers. This will result in up to 48 Emirates aircraft not being utilised, with a 25% reduction in the overall number of flights operated by the airline during the 45-day period.

Emirates will deploy additional flights to several markets in Africa starting in June 2019. The additional services will satisfy the increased demand that the airline has witnessed in these markets, and will offer customers even more seamless connections between these destinations and Emirates’ global network through Dubai. Cities in Africa that will be served by additional Emirates flights include:

Casablanca, Morocco: Emirates will operate a second daily flight starting 01 June 2019 to Casablanca. The service will be operated by Emirates’ Boeing 777-300ER aircraft which will complement the airline’s existing daily Airbus A380 flight.
Abuja, Nigeria: Three additional flights will be operated every week on Emirates’ Boeing 777-300ER aircraft to Abuja starting 01 June 2019 increasing the frequency to the Nigerian city to a daily service.
Accra, Ghana: Emirates will also augment its current flight frequency to the Ghanaian capital with four additional Boeing 777-300ER flights a week bringing Emirates’ total service to 11 weekly flights to Accra effective 02 June 2019.

Conakry, Guinea and Dakar, Senegal: The capitals of Guinea and Senegal will be serviced by one additional linked flight every week starting 01 June 2019 on Emirates’ Boeing 777-300ER aircraft.

Multiple destinations across Europe will also be served by additional Emirates flights during peak travel season leading up to and lasting through the summer of 2019. These destinations include:

Athens, Greece: Emirates will deploy a second daily flight to Athens between 31 March and 26 October 2019. The service will be operated by a Boeing 777-300ER aircraft between 31 March and 15 April 2019 and between 01 October and 26 October 2019. During the busy summer months from 31 May to 31 September, Emirates will deploy its Airbus A380 aircraft to meet additional demand. Emirates will not operate the second daily flight during the period of closure of Dubai Airport’s Southern Runway (16 April – 30 May 2019).
Rome, Italy: The Italian capital will be served by three daily Emirates flights between 31 March and 26 October. The third additional flight, operated with a Boeing 777-300ER, will be suspended during the Dubai Airport Southern Runway closure.
Stockholm, Sweden: Emirates will provide additional capacity to Sweden during July and August 2019 with a double daily service on its Boeing 777-300ER aircraft. This will allow additional passengers to travel to and from the Swedish capital during the peak summer season.
Zagreb, Croatia: As part of the strategic partnership between Emirates and flydubai, Emirates will once again begin operating its Boeing 777-300ER daily to Zagreb from 31 March until 26 October 2019. The daily service will be reduced to four times a week during the Dubai Airport Southern Runway closure.

In order to meet increased seasonal passenger demand Emirates will be introducing its Airbus A380 aircraft to destinations including:

Boston, USA: Emirates’ customers travelling to Boston will be able to experience the world’s largest commercial aircraft famed for its Onboard Lounge accessible to First and Business Class passengers as well as the Onboard Shower Spas for First Class customers. Emirates’ A380 will operate to Boston between 01 June and 30 September 2019 and between 01 December 2019 and 31 January 2020 to accommodate the increased seasonal demand in travel to the US East Coast.
Glasgow, UK: Emirates will fly its flagship double-decker aircraft to Scotland for the first time between 16 April and 31 May 2019. The Emirates A380 daily service, with a total capacity of 489 seats, will replace the double daily Boeing 777-300ER service during the Dubai Airport Runway closure. From 1 June 2019 until 30 September 2019, Emirates will resume operating a double-daily service to Glasgow with one daily Boeing 777-300ER and one Airbus A380, offering additional capacity to meet increased travel demand during the summer season.

Emirates will also adjust its services into South America to optimise fleet utilisation. From 1 June 2019, the airline will deploy its newly refurbished two-class Boeing 777-200LR on its daily service from Dubai to Rio de Janeiro. Offering wider Business Class seats laid out in 2-2-2 format and refreshed seats in Economy Class, this service will continue from Rio de Janeiro to the Argentinian capital city of Buenos Aires four times a week, and on the remaining three days it will operate onwards to Santiago, Chile.

With this change, Emirates will suspend its linked flight from Dubai to Santiago via Sao Paulo. Sao Paulo will continue to be served with a daily non-stop Airbus A380 service to and from Dubai.

With a view to providing more efficient and direct connection options for customers travelling to and from Australia, Emirates will suspend flights EK 418/419 between Bangkok and Sydney from 01 June 2019. Emirates will continue to serve Sydney with three flights a day non-stop to Dubai, and Emirates’ customers wishing to travel between Bangkok and Sydney will have flight choices provided by Emirates’ partner Qantas.

Effective 31 March 2019, Emirates will suspend EK 424/425 and serve Perth with a once-daily Airbus A380 service non-stop from Dubai. Emirates customers travelling from Perth will continue to enjoy rapid two-way connections through Dubai to over 38 destinations in Europe, and a further 16 cities in Europe via Emirates’ codeshare partner flydubai. Customers will also be able to enjoy a seamless Emirates A380 experience between Perth and close to 20 destinations in Europe.