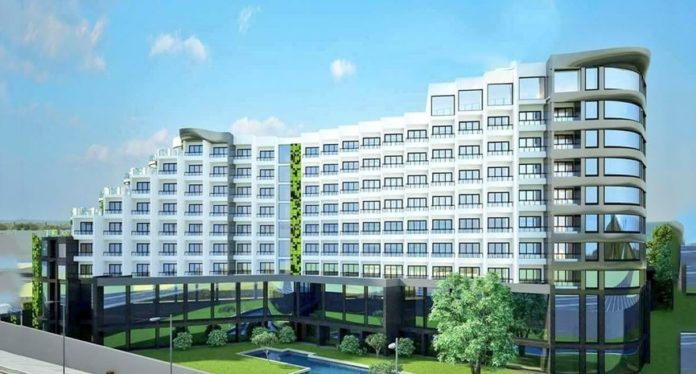 The Ethiopian Skylight Five Hotel owned by Ethiopian airlines will be officially opened on 28 January.

Ethiopian Airline’s Head of Infrastructure Planning and Development, Abraham Tesfaye told the media that Ethiopian Airlines will have a sufficient number of internationally standard hotel rooms to create an environment conducive to tourists in addition to receiving passengers during transit, stopovers or technical delays.

The construction of the building began in 2016 and the hotel is located five minutes from the Bole International Airport in Addis Ababa, Ethiopia. It covers 42000 square metres and it has 373 rooms.

According to reports, the construction of this structure cost $ 65 million and is expected to generate 400 jobs.

Ethiopian airlines is reported to have provided 35% financing while EXIM Bank of China provided 65% of the project’s financing.

According to the Ethiopian Airlines, in addition to promoting Ethiopian tourism, this hotel will also welcome passengers during transits, stopovers or technical delays.

The Ethiopian carrier is also preparing to launch the construction of a second 5-star hotel. The entry into service is scheduled for 2021. It will be built on an area of 22410 metres, the hotel will have 637 rooms.