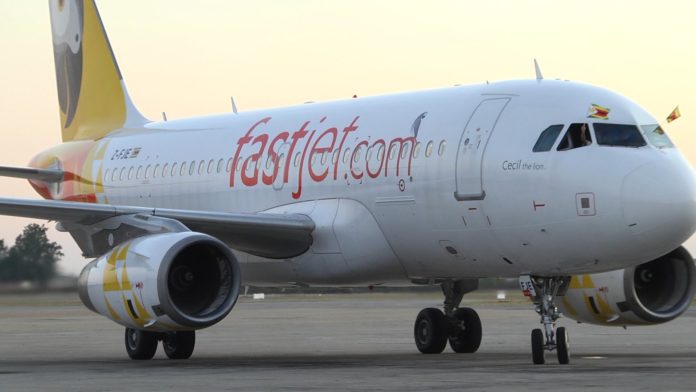 Fastjet has announced it will increase its flights between Harare and Victoria Falls by two additional frequencies from 02 July 2018. The additional flights will see the airline serve the route with a twice-daily frequency, six days a week, with the only exception of Saturdays when the schedule remains unchanged with one flight between the cities.

“The additional flights between Harare and Victoria Falls equates to a 85% year-on-year growth on the route,” says fastjet’s Hein Kaiser. The airline also introduced additional flights on the route earlier this year.”Fastjet is committed to the ongoing development of affordable air travel for everyone in Zimbabwe, and our investment into additional connectivity evidences this.”

The airline also released its on-time performance results for May this year, again achieving a 90% network aggregate.