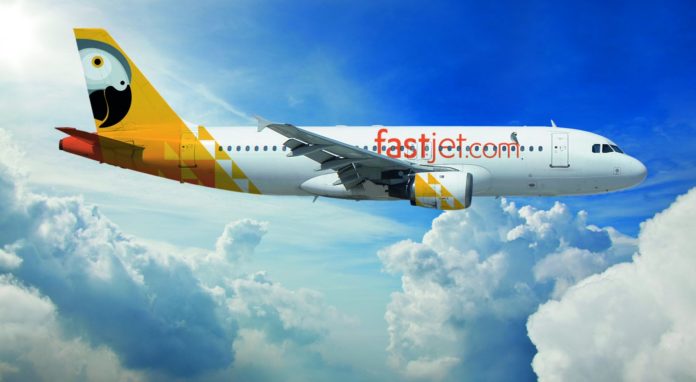 African budget carrier, Fastjet, has announced the release of its flight schedule for operations to Mozambique and confirmed that, effective 3 November, it will launch scheduled services from Maputo to Nampula, Beira and Tete, with fares starting from approximately US$86.

Flights between Maputo and Nampula will operate daily with flights departing Maputo at 06h00, arriving in Nampula at 08h40.

Flights to Tete will operat on Mondays, Wednesdays, Fridays and Sundays, departing Maputo at 15h15, arriving in Tete at 17h30.

Meanwhile, tour operators and product owners in Mozambique have welcomed the news on the release of Fasjet operating schedule for services into Mozambique.

“The release of the date, routes and schedule by Fastjet comes as positive news for Mozambique as a whole. We will now see a new dimension added in travel to Mozambique where travellers will achieve greater access to different the destinations in the country and where they will also benefit from more competitive pricing, which in turn can only bode well for the tourism industry in the country,” said Kevin Record, owner of Ibo Island Lodge in Mozambique.

Natalie Tenzer-Silva Director at Dana Tours in Mozambique added that they too are ecstatic about the news that Mozambique’s airspace is opening-up.

“With Fastjet’s reputation and low-cost flights, we believe that it will open up Mozambique beyond Africa to the world,” said Tenzer-Silva.

Also, Henk Graaff, MD SW Africa, also earlier welcomed the announcement that Fastjet is spreading its wings to Mozambique, saying it will undoubtedly boost tourism to the country. “More airlines entering the market bring competition and as a result hopefully better prices. So, improved air access is bound to boost tourism.”

On 29 September Fastjet announced it would raise not less than $44 million to fund expansion in South Africa and Mozambique. The airline also entered into a brand licensing agreement with South African privately-held Federal Airlines as well as with Solenta Aviation Mozambique.

Fastjet said it plans an accelerated bookbuild to raise gross cash proceeds of US$28 million, selling and amount of 60 million shares to Solenta Aviation Holdings Limited in Mozambique to raise US$16.2 million.

Spokesperson for Fastjet, Hein Kaiser added that the airline is looking forward to the brand’s entry in to Mozambique.

“It marks our fifth market in Southern Africa and the response thus fare has been very encouraging,”said Kaiser.