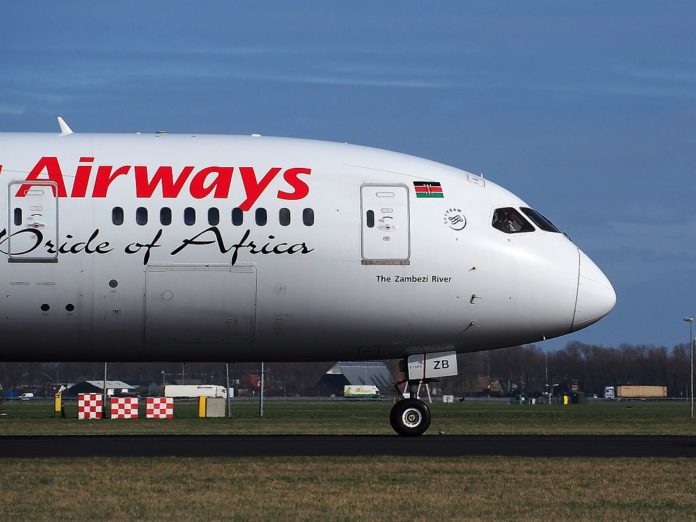 American security agencies will this week conduct a final audit at Jomo Kenyatta International Airport (JKIA) in the run-up to the launch of nonstop flights between Nairobi and New York by Kenya Airways on 28 October, 2018.

The final audit follows on TSA recommendations made during a prior visit which asked for a tighter security system at JKIA, including a perimeter fence and consistency at the security screening yard.

The five-day audit is being carried out by officials from US Transportation Security Administration (TSA) and will conclude on Friday. If cleared, JKIA will earn the Last Point of Departure (LDP) status, paving way for direct flights to the United States from the Kenyan capital.

Once JKIA is granted the Last Point of Departure (LDP) status, the Federal Aviation Administration (FAA) will allow Kenya Airways and other accredited airlines to fly directly to the US from Nairobi.

Toward the end of April, Kenya Airways Group Managing Director and CEO Sebastian Mikosz visited the United States where he met with various transport and tourism stakeholders including the New York Tourism Board and the Port Authority of New York & New Jersey.

The objective of his visit was to engage with top Travel Management Companies and Tour Operators to consolidate partnerships and alliances and to promote the upcoming inaugural Kenya Airways non-stop flight to the United States.

Announced on 11th January this year, this will be Kenya Airways first ever non-stop flight from Nairobi to New York linking East Africa to North America, thus opening up wider business opportunities and tourism exchanges between the two regions.

With the United States having grown into the top source market for tourism in Kenya and over 40 American organisations having their regional headquarters in Nairobi, the introduction of the flights aim to boost tourism, investment and economic growth between the two countries and continents.

Kenya Airways non-stop flight from New York to Nairobi will significantly improve connection between two major markets. Not only does this key route contribute to the development of trade between East Africa and the US, it also gives the opportunity to our American guests to enjoy a wide-range of premium leisure experiences in 14 hours daily.

The route will be operated by a Boeing 787 Dreamliner with a configuration of 234 seats – 30 in Premier World and 204 Economy class, world-class products and services and a convenient schedule.