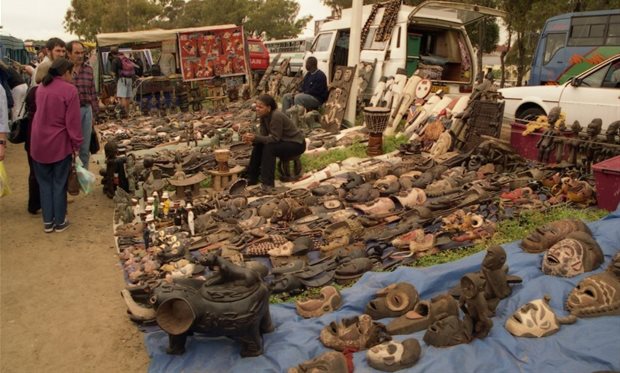 A market facilitator was appointed, as an interim measure in the short-term, to manage, on behalf of the city, the processes and engagements associated with the return of the Green Point Market.

“The first and most important task was for the facilitator to do a call-back of all historical traders who were a part of the original market. Thus far, a total of 98 former traders were identified and have been verified. The next phase of the programme required the coordination and facilitation of a workshop to develop a vision, market management model and structure for the market in conjunction with the trade organisations,” said the City’s mayoral committee member for urban management Grant Twigg.

The inputs from various trader organisations assisted in the process of reopening the market. In this regard, an email address and dedicated line were set up for liaising with the traders. After much deliberation, all parties settled on the P4 parking area – just outside of the Green Point Athletics Stadium as the most viable spot for the market.

“The trader representatives have submitted their preferred layout plan, which we have taken cognisance of and this will be used as a basis for the development of the Green Point Trading Plan,” said Twigg.

After extensive engagement with the trader representatives, a vision for the Green Point Market was decided upon. It was unanimously agreed that a maximum of 200 traders are catered for.

Additionally, all were in agreement that the market should:
• Be visually attractive, safe and secure.
• Contribute to placemaking and creates an authentic Cape Town experience.
• Offer retail products that cater to a diverse range of customers.
• Be financially viable for traders, customers and the city.
• Be well managed in a clearly defined spatial area.
• Operate in a manner that respects the environmental, heritage and historic significance of the area.
• Remain a publicly accessible space for the benefit of residents and visitor and foster social integration.

“The city has received the close-out report from the facilitator and will now embark on a process to implement the market. This would entail the approval of a trading plan for the Green Point Market,” added Twigg.

After discussing the various management model options with the participants it was unanimously decided that the best structure for the market would be the hybrid management model, which means that both the city and the traders will jointly manage the market.

Following the internal consultation process, an Open Day will be arranged by sub-council 16 to give external stakeholders an opportunity to provide their comments and inputs to the proposed Green Point trading plan.

The trading plan comments will be included in the sub-council report for October 2019 followed by a report to the mayoral committee in November this year. The report will serve before full council scheduled for December 2019.

“We have made good headway in this process to get the market up and running once again. I remain positive that there will be no further delays. We will communicate further as the process unfolds and advise closer to the time when the market will start,” said Twigg.