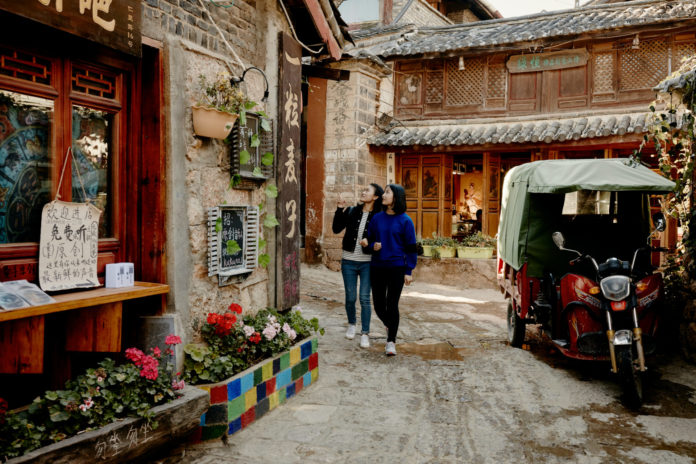 With the rise of at-home genetic tests like 23andMe, it has never been easier to learn about your ancestry, and this has contributed to a growing trend of heritage travel. People around the world are taking trips to connect with their ancestry, and that’s why Airbnb and 23andMe are teaming up to make traveling to your roots easier than ever.

Both companies will be incorporating heritage travel into their product experiences. On 23andMe, once a customer receives their ancestry reports, they will be able to click through to their ancestral populations and find Airbnb Homes and Experiences in their native countries. For example, if a 23andMe customer has Southern Italian ancestry, they might be able to find a trullo in Puglia as a home base to explore their heritage. Or someone with Mexican roots could find an experience in Mexico City to learn ancient techniques of natural dye as part of their heritage vacation. Additionally, Airbnb now has dedicated pages that correspond with 23andMe’s genetic populations, so that travelers coming to Airbnb’s site will be able to easily plan an end-to-end heritage trip.

At Airbnb, we believe that authentic travel experiences help you connect with local cultures and create a sense of belonging anywhere in the world — and what better way to do that than traveling to your roots. We’re proud to team up with 23andMe, the leader in helping people learn about their genes and ancestry, to make it easier for travelers to plan trips as unique as their DNA.

“We empower 23andMe customers to learn about themselves and their ancestry through their unique genetic code,” said 23andMe CEO and co-founder Anne Wojcicki. “Working with Airbnb, a leader who is reimagining travel, provides an exciting opportunity for our customers to connect with their heritage through deeply personal cultural and travel experiences.”

The Rise of Heritage Travel

Learning about ancestry is a key reason people take at-home genetic tests like 23andMe — 53 percent of buyers of genetic kits say they decided to take a test because they want to know information about their ancestry and the ancestry of their family*. For those who hadn’t yet taken a test, 73 percent of survey respondents said knowing their heritage by exploring personal DNA made them more likely to take a test.†

And this curiosity about ancestry has contributed to a rise in heritage travel, which is now trending all over the world. According to an April 2019 study commissioned by Airbnb — of 8,000 people across the U.S., Mexico, Argentina, Brazil, India, France, the UK, and Australia — 89 percent of survey respondents in India have traveled to at least one country of their ancestry as well as 69 percent in France and over half of Americans.

And compared to five years ago, 66 percent of respondents in Brazil said they are more likely to travel to their place of heritage. Additionally, people in Australia, India, the UK and Brazil said that visiting a place connected with their DNA was the most important consideration when planning their next vacation.

But perhaps the biggest sign of the rise of heritage travel is what people are willing to give up for it — 55 percent of respondents in India would give up eating dessert for a year in exchange for a free trip to a place of their ancestry. And 61 percent of Brazilians, 57 percent of Americans, and 56 percent of Australians would give up alcohol for a year for an ancestry trip.

increase in travelers using Airbnb to trace their roots since 2014

The rise of DNA travel is also prevalent on Airbnb. Since 2014, the number of travelers using Airbnb for tracing their roots increased by 500 percent, and 78 percent of these trips are taken in pairs or solo, suggesting that these are introspective journeys or an important moment to share with a significant other. Additionally, as our guests grow older, their desire to understand their roots grows as well — guests aged 60-90 are the most likely to take heritage travel trips. And the most popular places of origin for DNA trips are the places typically known for their history of immigration — the United States tops the list followed by Canada and Australia. Mainland China, the United Kingdom, France, Korea, New Zealand, Taiwan and Brazil round out the top ten origin list.‡

According to 23andMe, some of the top places in which its customers have recent ancestry outside of the United States and Canada are the United Kingdom, Italy, Mexico, Germany, Ireland, Poland, Mainland China, Spain, Nigeria, India and Russia. 23andMe data also shows that the majority of its customers have at least five populations within their Ancestry Composition report, which presents many opportunities for one to explore heritage travel.

However, you don’t even need to travel to explore your roots. Through Airbnb Experiences, you can still connect with your ancestry in a meaningful way right in your hometown. For example, in San Francisco, Chuhan and her husband lead a Chinese calligraphy and tea tasting experience. In fact, you could say calligraphy is in their DNA — their grandparents and parents have created a number of calligraphy masterpieces, many of which were sold in art auctions. Or in Paris, you can take a West African fashion tour with Chayet, an African fashion specialist who takes her guests to buy waxed fabric and meet Senegalese tailors.

Whether it’s a class in your neighborhood, or a trip to a distant country where your ancestors called home, connecting with your roots can be an eye-opening, enriching experience, and with the help of Airbnb and 23andMe, you can now plan a trip as unique as your DNA.