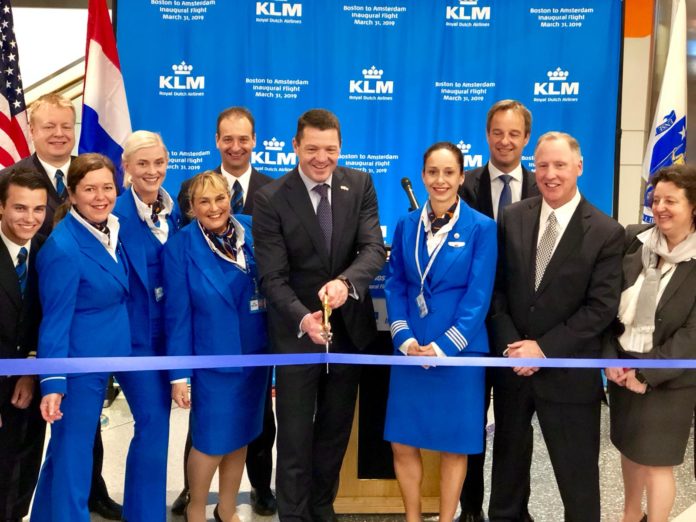 On 31 March, KLM Royal Dutch Airlines operated its first direct flight to the city of Boston (BOS) in the United States.

KLM will operate three flights weekly between Amsterdam and this new destination on the Northeast coast of the United States. Flights will be operated with a recently refurbished Airbus A330-300, offering capacity for 292 passengers.

KLM flights from Boston will operate on Wednesdays, Fridays and Sundays. The Airbus A330-300 flights will have 30 seats in World Business Class, 40 seats in Economy Comfort Class and 222 seats in Economy Class. From 1 July 2019, a fourth weekly flight will be operated on Mondays. The departure and arrival times are as follows: