Home Tips Know before you go: Things you might not have known about Africa

Know before you go: Things you might not have known about Africa

Love Africa? Well, of course most people do, but if there is one thing to be said about this amazing continent it is that, you can never get or rather know enough about it.

From hidden spots, to quirky customs and amazing people you will always find something new and amazing to appreciate about Africa.

Inside Travel takes a closer look at some fun fact you may not have known about Africa. 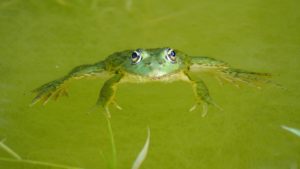 It may be true that everything is always bigger and better in Texas in the United States, this is Africa and we have bragging rights on our own bigger and better suite of offerings – Whale sharks, Great White Sharks, The Big 5 as just a few examples.

However, did you know that the world’s biggest frog is found in Equatorial Guinea and Cameroon? It is true, named the Goliath frog, it can grow up to be a 30cm long and weigh up to 3,6kg.

What’s in a title?

People in Africa are quite fond of titles and especially so when it comes to day-to-day business dealings.

However, you will be forgiven if you cannot get to grips with the following as it is quite a mouthful:

The official title of Idi Amin, the Ugandan dictator, was “His Excellency, President for Life, Field Marshal Al Hadji Doctor Idi Amin Dada, VC, DSO, MC, Lord of All the Beasts of the Earth and Fishes of the Seas and Conqueror of the British Empire in Africa in General and Uganda in Particular”.

All the gold in the world

While it may not be all the gold in the world, almost half of the gold ever mined on planet 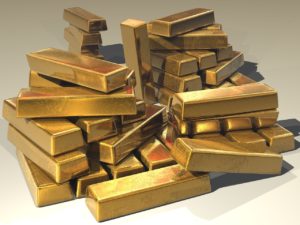 earth has come from a single place in South Africa, known as the Witwatersrand.

According to the South African Chamber of Mines, the Witwatersrand Basin to this day remains the world’s largest gold resource; to date the Wits Basin has produced more than 2 billion ounces of gold.

However, perhaps more fascinating is that if it was not for the Witwatersrand and its gold, a little place called Johannesburg would probably not have existed.

Everyone carries a piece of Africa

According to many scientists and historians, the human race is of African origin.

The oldest known skeletal remains of anatomically modern humans (or homo sapiens sapiens) were excavated at sites in East Africa. Human remains were discovered at Omo in Ethiopia that were dated at 195,000 years old, the oldest known in the world.

A desert larger than some countries

Did you know that only three countries in the world are bigger than the Sahara Desert? Yes, it is only Russia, Canada and China that stand out from the Sarah Desert. Even the 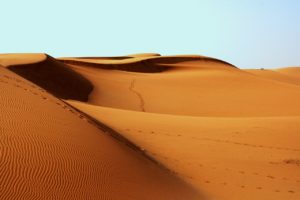 Madagascar is known for its beautiful landscapes and abundance of wildlife, especially some of the more unique species to be found in Africa.

The explanation for this is actually quite simple as one of the world’s largest islands Madagascar – nicknamed the ‘eighth continent’ – was cut off from mainland Africa, making it home to a dizzying number of species that cannot be found anywhere else.

Double check your time in Ethiopia

Very few places in the world use their own clock system, however Ethiopia is one of those places. 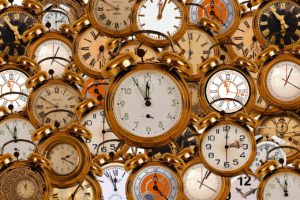 Because Ethiopia is close to the Equator, daylight is pretty consistent throughout the year. So many Ethiopians use a 12-hour clock, with one cycle of 1 to 12 — from dawn to dusk — and the other cycle from dusk to dawn.

Jeanette Briedenhann
Jeanette Phillips joined the team in 2016. She developed a passion and love for all things-travel related in her role as travel journalist, a position she held for over seven years. A brief exodus into the corporate marketing sphere proved that there is no better industry than the travel industry. Research and writing are two of Jeanette’s greatest passions, but she is always open to new challenges and different ways of doing things.
Previous articleSingapore Airlines To Launch Daily Services To Cape Town
Next article‘Snapshot of Travel in 2017 and Beyond’ report: Multi-generational Travel