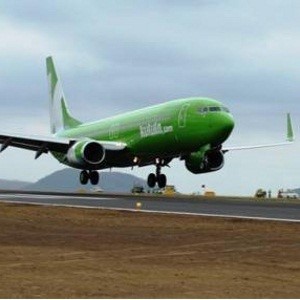 Lanseria International Airport, in the north of Johannesburg, is aiming to double its passenger numbers to more than 4 million within the next six years, said its CEO, Rampa Rammopo, earlier in May.

This would likely see Lanseria surpass King Shaka International Airport in Durban as the country’s third-largest airport behind the Cape Town and OR Tambo airports.

“There is vacant land where we can develop a hotel as well as an office building,” Rammopo said.

The airport has just completed its first desktop plan of the expansion, he added.

Rammopo said currently, the airport only catered for domestic routes. The commercial flights that depart from Lanseria, which was established in 1974, are mainly those bound for either Cape Town or Durban but also George, he added.

Three budget airlines operate flights from Lanseria: Mango Airlines, Kulula and FlySafair. Commercial airlines have been flying from Lanseria since 2006 when Kulula set up its operations there, Mango followed in 2010 and FlySafair in 2016.

“Our vision is to be a regional airport catering mainly for the SA Development Community and the sub-Saharan region.”

Lanseria is in talks with Air Namibia, Kenya Airways, Air Mauritius and Air Botswana to fly to and from the airport.

An issue that Lanseria has received complaints about is the cost of the airport’s long-term parking.

“We did an exercise as we had guys calling in to say that we must do something about our long-term parking rates,” said Rammopo.

Lanseria is a single runway airport and a second runway, which could accommodate aeroplanes from international airlines and destinations, would cost between R1 billion and R2 billion.

The latest Gautrain feasibility study sees the rapid rail facility expand to include a stop at the Lanseria airport, but this might not happen for the next 10 years at least.

“Our selling points, to the airlines, are the ease of access and convenience. There is a short time between the aircraft and your car and we have a minimal retail offering.”

Another opportunity that Lanseria is looking at is a dedicated cargo facility.

The airport is privately owned by the Public Investment Corporation, the Pan African Infrastructure Development Fund and Nozala Investment Holdings.