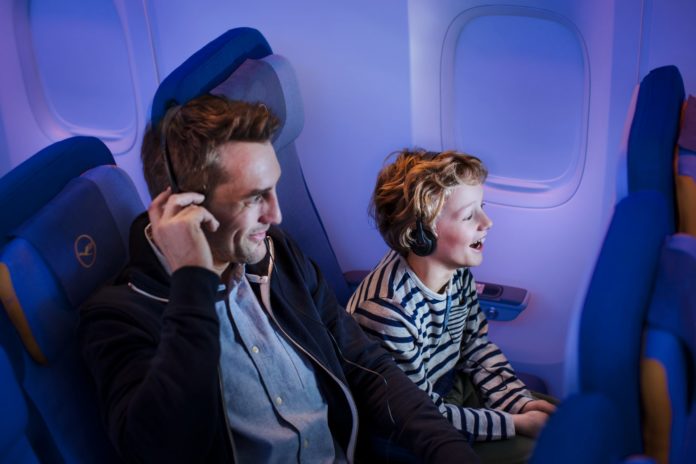 Lufthansa has significantly upgraded and expanded its in-flight entertainment programme on long-haul flights.

Now passengers have a choice of around 180 films in all travel classes – around 30 percent more than before. Based on feedback from travellers, the focus is on current Hollywood productions. New is the category “Hollywood Recent Hits”.

In this section you can choose from numerous successful Hollywood films from the past 12 to 24 months. And of course there are still the popular Hollywood classics. In addition, more productions from Europe, China, India, Japan and Korea can now be seen on board.

Lufthansa has also significantly increased the number of TV productions available in the in-flight entertainment programme, including popular trend series. More than 270 broadcasts can now be seen. Especially the categories documentaries, drama series and sitcoms, which are in high demand, have been expanded. For families, the flight on holiday is enhanced by 22 films suitable for children and 31 TV programmes.

A highlight for the international guests is the wide range of languages on the Lufthansa Inflight Entertainment programme. The films and TV productions are offered as dubbed versions in up to eight languages and in many cases also broadcast with subtitles in Chinese or Arabic, for example. To make the selection of the desired program on the screen as easy as possible, you can navigate in ten languages. The programme overview can be viewed online at any time from six weeks before departure by entering the date and the flight number or the flight destination at http://www.lufthansa-inflightentertainment.com.