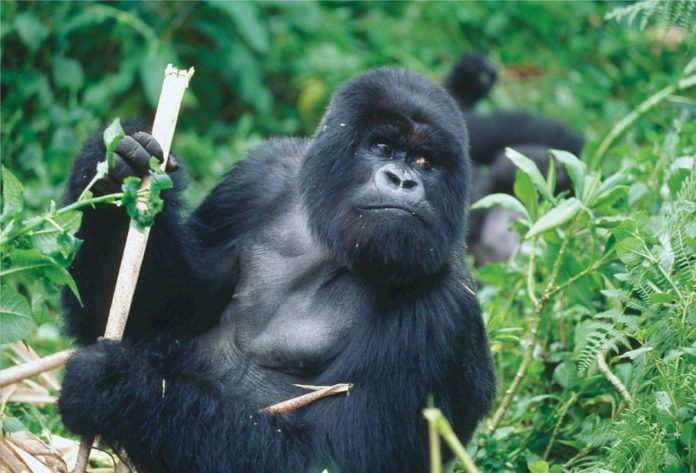 Adrian Gardiner, Chairman of Mantis, Wilderness Foundation Global and Stenden University South Africa, had the honour of being a Gorilla Namer at this year’s Kwita Izina in Rwanda.

The annual Gorilla naming ceremony is organised by the Rwanda Development Board (RBD) and is popularly known as Kwita Izina was held on 7 September, 2018 in Kinigi Sector, Musanze District.

This is the biggest event on the country’s tourism calendar, and 23 baby gorillas were named for this year’s event.

The list revealed by RDB, include former First Lady of South Africa and Mozambique, Graca Machel, American-Senegalese singer, songwriter and businessman, Akon and former Arsenal and Cameroonian football star, Laureano Bisan Etamé-Mayer, and Adrian Gardiner Chairman of Mantis, among others

Kwita Izina, a uniquely Rwandan event was introduced in 2005 with the aim of creating awareness of conservation efforts for the endangered mountain gorilla.

When asked about his opinion on Rwanda, Gardiner said he has never seen such a clean country, and he takes his hat off to the Rwandan President, and his people as the cleanliness of the country signifies a real commitment to the environment. “I believe that Rwanda is the university of Africa, we can all learn from the people of Rwanda and want to learn from you as you are an example to us all.”