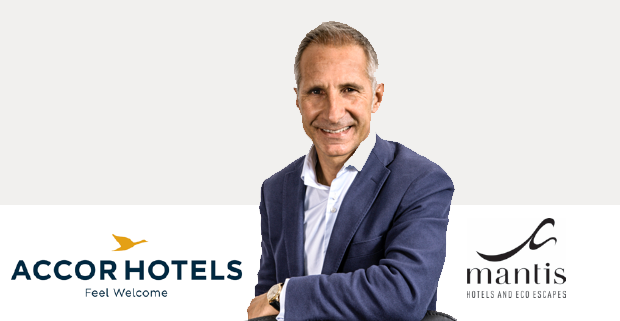 Philippe Baretaud has been appointed as the new Chief Executive Officer for the Mantis Group.

Following the 50% acquisition of the South African based company by AccorHotels in April 2018, Philippe will be responsible for leading the strategic vision for the Mantis Group, which today is a collection of over 30 properties worldwide, including award-winning, privately owned five star properties located around the world, across all seven continents.

Beginning his career in 1985 in the French public sector, he joined AccorHotels almost 30 years ago in 1989 with HOTELIA, a former provider of retirement homes. In 1998, he was part of the hospitality development team in France, and a few years later he joined the Group’s development team in the United Kingdom, where he became Development Director of Accor UK.

Five years later, Philippe moved to Dubai to lead the Group’s development in the Middle East. In 2011, he was promoted to Senior Vice President, Head of Development for Europe, Middle East and Africa. In 2014, Philippe was tasked with reinvigorating the Group’s presence in Africa as Senior Vice President and Head of Development Africa & Indian Ocean. A few years later he established the Group’s presence in South Africa, including the set-up of the Johannesburg office, which today provides support for AccorHotels’ African operations, development and technical services.

Philippe holds a MBA from ESCP Europe and a Degree in Law from the University of Lille, France.