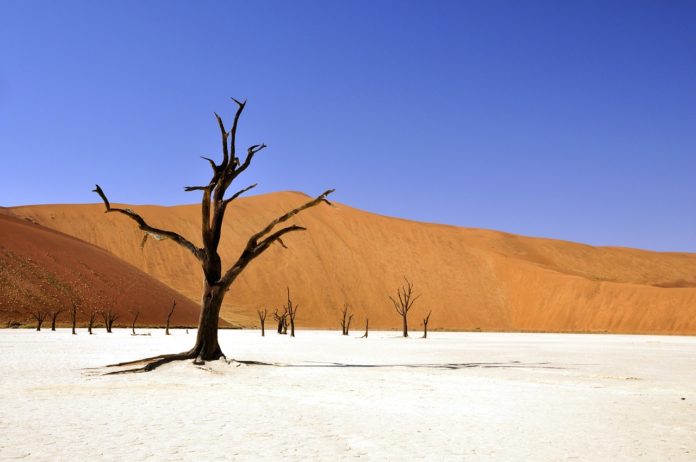 Stringent visa regimes and poor air access have made Africa difficult for some to visit, and yet the continent remains high on the wish-lists of many travellers.

Like a line of dominoes falling, however, the way is being paved for increased travel to the continent, as countries like Rwanda, Ethiopia and even our own nearby Namibia, open their visa regimes and airlines launch routes connecting Africa to international hubs.

In the tourism space, it’s never been a more exciting time for Africa. And, when a global travel brand like Trafalgar announces it will be launching an inaugural Africa programme for the first time in its 72-year existence, you know the continent, and its travel potential, are finally being taken seriously.

One of 29 global brands that comprise The Travel Corporation, Trafalgar has for decades promised guests an extraordinary way to discover the world – from Europe to Australia, Canada to Asia. And now, it’s set its sights on Africa, crafting 10 itineraries in nine countries aimed at connecting travellers with the continent’s natural landscapes and indigenous cultures through a range of “only with Trafalgar” experiences that will showcase Africa in a way that only Africans can understand.

The interest and investment in Africa, and its tourism growth is fitting since The Travel Corporation is owned and operated by none other than the Tollman family, who have their roots in South Africa and remain passionate about and devoted to the continent.

Although today the Tollman family are spread across the world, what is so powerful is their desire to see how they can assist the continent. Whether through the re-development of the iconic Oyster Box hotel in Umhlanga, which King Goodwill Zwelethini said at the opening he hoped would reinvigorate tourism to the town, to launching the Tollman Foundation for the Arts, which has seen 10 artists go on to huge fame.

In South Africa, the familiar brands of Pentravel, Thompsons Holidays, the Twelve Apostles Hotel and Springbok Atlas, among others, are owned by The Travel Corporation. Globally, such brands as Trafalgar, Costsaver, Contiki, Uniworld, U by Uniworld, Busabout, Insight Vacations and Luxury Gold form part of the stable of travel experiences.

For a global brand like Trafalgar to turn its eyes to Africa bodes well for the continent and its tourism growth. “There’s an enormous positive energy and excitement around us going to Africa,” says Trafalgar CEO Gavin Tollman.

“Until you go to Africa, you don’t really understand how it’s going to change you. It really is a destination that, unless you’ve been there, is just theoretical. The greatest excitement I have is for my passion, our Trafalgar guests, to be given an opportunity to experience this continent in a powerful way and with absolute ease.”

Trafalgar’s inaugural Africa programme has an overarching theme of connecting travellers with Africa’s people, experiences and places that the Tollmans love. It also shares the stories that reveal the diversity of the destination. “The Trafalgar difference lies not only in our expertise in defining the itineraries but also in the way we deliver them,” says Tollman.

Guests will uncover the stories behind the destination, from sharing coffee and vetkoek with a Damara family in Namibia to joining the De Waal family at their Stellenbosch winery for a traditional Cape lunch, wine tasting and insights into their family history.

“I want our guests to hear the story of how the Tollmans came to own The Oyster Box and the role it played in the romance between a young Stanley and Bea, who proclaimed over dinner that they would one day own the hotel – decades later, that dream became a reality,” says Tollman.

For the Tollmans, travel is an opportunity to change things for the better. “We endorse improvement, not ignorance, and strive to support tourism for good.”

This is reflected in the family’s commitment to increasing inbound tourism to the continent through Trafalgar’s new Africa programme, while protecting and preserving the continent’s habitats, cultural heritage sites and communities.

Says Tollman: “When travellers journey to other parts of the world, it’s an opportunity not only to engage with the locals, but also to help someone. Our guests have an opportunity to contribute directly to these initiatives through our visit.”

One such initiative guests will be exposed to the Kenya’s Shangilia Children’s Home, with each Trafalgar visit supporting the home’s efforts to transform the lives of the orphaned, abandoned and neglected children who have found sanctuary here. Another is the Himba Project in Namibia, where Trafalgar guests contribute directly to the trust which is used for food and other necessities for the community.

Trafalgar also actively supports tourism for good and has been committed to investing in local communities and safeguarding the environment of the destinations it visits, working in conjunction with its TreadRight foundation. It has forged a series of partnerships with sustainable projects in Africa such as the Wilderness Wildlife Trust in Botswana, The Cape Leopard Trust, Endangered Wildlife Trust and the Bushmans Kloof Rock Art in South Africa.

Tollman has high hopes for the initiative’s success, especially as the global brand launches its Africa programme in 2018, on the centenary of Madiba’s birthday. “When you look at it, somewhat poetically, it’s pretty extraordinary. I think this programme is going to be hugely successful because Africa is one of those places when you leave it, you understand the very reason we travel.

“It’s that excitement and energy we get having been there, and discovered it.”