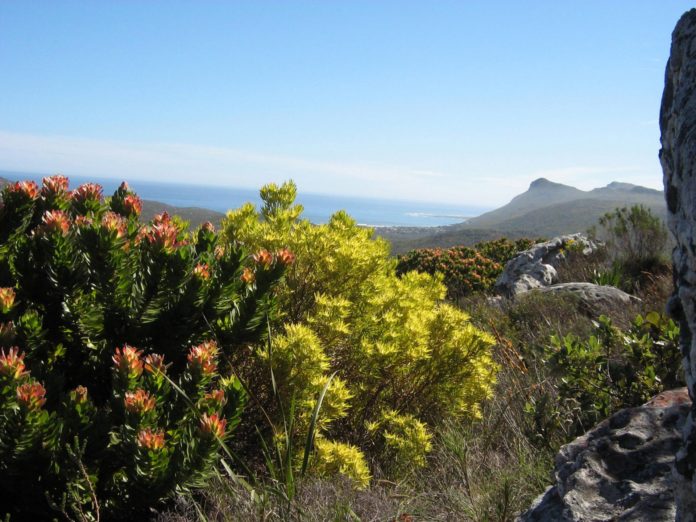 Table Mountain National Park (TMNP) is in the process of obtaining a burning permit to conduct a biodiversity or prescribed burning exercise the Southern Section of the Park.

This prescribed burn will take place between March and April under favorable weather conditions, i.e. temperatures under 25°C, moderate winds of less than 20km/hr and 2-3 days after light rain have fallen.

In a statement issued by SanParks it said that although it appreciates that such burning is a source of concern to many Cape Town residents, it must be stated that wild fires will occur and an uncontrolled fire or wildfire could pose a huge risk to life and property on the urban edge. The removal of dry flammable material by means of a prescribed burn will reduce the likelihood of future uncontrolled wildfires.

“Fynbos vegetation is both fire-prone and fire-adapted and the use of fire forms an integral part of the ecological management of the park. TMNP Fire Management Department together with the SANParks Cape Research Centre has developed a scientific Prescribed Burning Plan for the entire park – this plan determines and prioritizes areas for prescribed burning, taking into consideration veld age, rare and endangered species, alien clearing etc. (biodiversity as well as protection of properties),” SanParks said.

The reasons for conducting prescribed burns in fynbos vegetation are:

To reduce fire hazards by reducing the unnecessary “fuel” accumulated in field as a result of Alien Plant Clearing operations
To rejuvenate the fire-adapted and fire-dependent fynbos vegetation
To form an essential part of control operations aimed at eliminating invasive alien plants
Weather-permitting, TMNP is planning to undertake prescribed burning at:

Roodeberg in the Capri Village area
Residents in the adjoining areas of the park should be assured that Park management will do their best to minimize any possible inconvenience to adjacent households during the preparatory work and burning operations. Where adjacent properties to the park may be affected by a prescribed burn, Park management will make an effort to inform such landowners and residents in good time of the intent to carry out a burn.

When the burn takes place, surrounding residents are advised to please keep their windows shut while burning takes place. Flammable items such as gas canisters should be removed from outside areas and laundry should be taken off washing lines to prevent odour contamination from the smoke. (pets, asthma)

All owners and occupiers of adjacent properties have a right to lodge written queries/objections to the proposed open burning with the City by seven days after publication. Kindly direct all queries or objections to the City’s Air Quality Control section on Tel: 021 590 5200; via fax to 021 590 5215; or via email to Bronwyn.Davidson@capetown.gov.za

How to tell the difference between a prescribed burn and a wild fire: