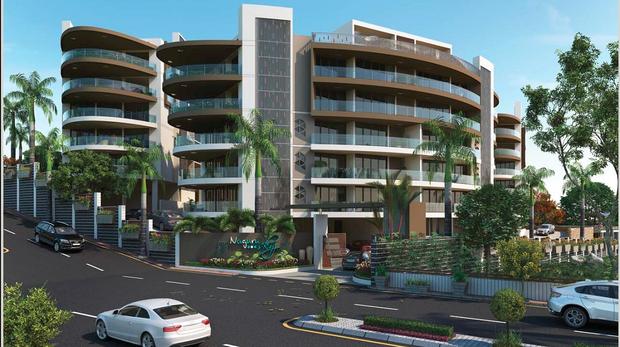 Protea Hotels by Marriott, has announced the opening of the new four-star Marriott Naguru Skyz in Kampala, Uganda.

Once open, the hotel will bring the total number of hotels managed by the hotel brand in the country to three, complementing its existing hotels in Kampala and Entebbe.

“The impressive growth in the Ugandan economy is an important factor in this decision,” explains Volker Heiden, the VP of Protea Hotels by Marriott, Marriott International, Middle East and Africa. “With predictions for GDP growth of over 5% for 2018, the future looks bright for Uganda. We anticipate a significant increase in business travel to the country and this hotel will cater for this development in the future.”

The opening of the hotel marks an important milestone in hotel development in the country, since it has been ten years since the last new hotel opened. “There is a tangible shortage of hotel rooms catering to this burgeoning economy, and so the time is definitely ripe for an expansion of this sort,” Heiden says.

The 141-roomed property will assist to meet the demand for hotel space in the city. The hotel offers a variety of room types, including one Presidential suite.

Located in the affluent Kampala suburb of Naguru, the hotel is well situated to provide for the growth in company headquarters and diplomatic missions in the area. Offering upmarket accommodation and restaurants, the hotel has a strong business focus, with 13 boardrooms and two conference rooms that can each provide for 150 delegates, as well as a business centre.

Heiden also points out that, “The Roof Terrace is bound to be a big drawcard. Boasting a unique rooftop bar, it will offer stunning views of the city from its sixth-storey position. We look forward to this becoming one of the most sought-after social spaces in Kampala.”