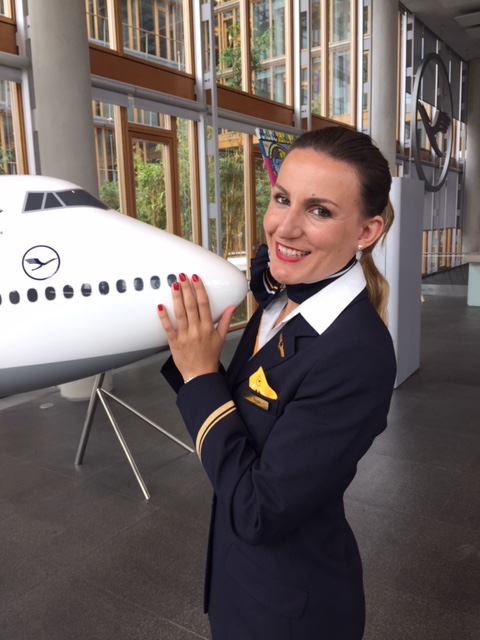 Women’s Day celebrates the achievements of women in all walks of life as well as those pushing boundaries in their careers. The 9th of August marks Women’s Day in South Africa and Lufthansa Airlines commends the role female flight attendants play in the airline industry.

Q: What inspired you to pursue a career as a flight attendant?
A: It always was a dream of mine, even as a little girl. I remember watching movies on TV and saying to my mom, “I want to be just like those girls one day”! What is really special is that every day is different; every flight has its own surprises. You cannot compare it to a regular office occupation. Flying is not just a job it’s a lifestyle. I love travelling the world, always meeting new people, experiencing other cultures and, of course, trying new things like food.

Q: What are some of the challenges that you face as a flight attendant?
A: The most important responsibility of being a flight attendant is to make sure that all passengers are safe and comfortable at all times. Other general challenges can be the time difference when travelling a lot, but I would not say there are separate challenges for men and women.

Q: What do you think encourages women to work in this sector?
A: I think becoming a flight attendant is becoming a more popular job for everyone. Lufthansa had so many applications that we started hosting hiring “castings” across Germany where hundreds of people showed up to apply.

As I have mentioned before, being a flight attendant or working in the airline industry in general is not just a job, it is a lifestyle that you choose. If people think that they won’t be able to spend enough time at home, I don’t know a better company to work for than Lufthansa. The group supports different part time options, is very family friendly and after every flight they provide enough resting time to cover jetlag. This resting time can be up to 5 days, depending on the route.

Q: What advice would you give someone considering a career in aviation?
A: I can only speak from my experience. I changed my school subjects accordingly (Hotel Management, Geography, etc.), got a degree in tourism, lived in a different country and learnt the language (through Au Pairing), worked in a restaurant, etc. – anything that would look good on my CV when applying for a job in the airline industry. It is important to know, however, that it doesn’t always go as planned and sometimes you have minor setbacks, but don’t let that discourage you; keep trying! I did, and now 14 years later I work for one of the best airlines in the world, and manage a whole crew, most importantly I’m doing what I love!

Q: What are key things you think are important to succeed in this industry?
A: You need to be outgoing, enjoy working with people, and open to different cultures. Empathy is a key factor. Another important factor is language skills. You have to be fluent in English and be able to communicate well.

Q: What are the top characteristics of a great flight attendant?
A: Someone who is a multi-tasker, observant, conflict arbitrator, calm under pressure and in stressful situations, and has excellent communication skills.

Q: As a South African, what does Women’s Day mean to you?
A: South Africa was a land of discrimination for a very long time, and part of the reason that changed was that its woman stood up and protested injustices, such as laws from the past. As a South African, this taught me that I should always stand for what I believe in and that nothing is impossible.

“It is clear that aviation provides many career opportunities for women and there are diverse platforms for females to change the world in numerous ways, through the industry,” says Dr. André Schulz, General Manager Lufthansa Group, Southern Africa.

Needless to say, in today’s evolving aviation landscape misconceptions about the industry being male lead are being broken and this is helping fill the gender gap for future flying generations.

“I don’t think I’d have chosen any other profession besides what I’m currently doing and my role as a flight attendant is just as exciting as it was when I first started. I also believe that it does not really matter whether you’re a female or a male in this profession, we’re all destined to achieve,” says Carla Naude. “Even if the road ahead is bumpy, your own perseverance and commitment will always pay off sooner or later. If you can dream it you can achieve it.”