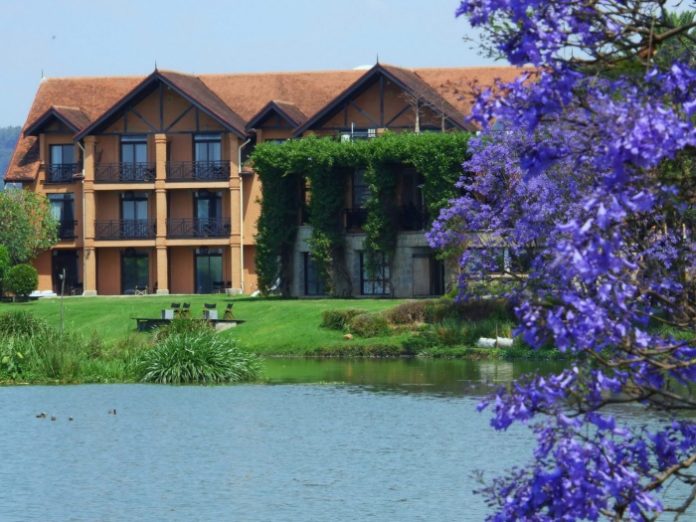 Radisson Hotel Group is entering its 32nd African market and second Indian Ocean territory, Madagascar, with the signing of a portfolio deal of three hotels and a total of 254 rooms. The agreement was signed with Groupe Talys. Radisson Hotel Group today, has 89 hotels and 17,000+ rooms in operation and under development in Africa. The Group remains firmly on track to reach 130 hotels and 23,000+ rooms across the continent by 2022. The agreement consists of two hotel conversions and one hotel under construction, with all three hotels scheduled to open in 2020.

Elie Younes, Executive Vice President & Chief Development Officer, Radisson Hotel Group, said: “We continue to lead the African pipeline in the upper-upscale segment. This three-deal signing further cements our position and reflects our commitment to the continent. Madagascar is the fourth largest island in the world and has a critical role to play for the region. We are thrilled to be contributing to this progression and look forward to an exciting journey with our new partners”

Feride Hassanaly, co-CEO of Talys Madagascar Group, one of Madagascar’s leading private groups focusing on distribution, real estate and hospitality & leisure sectors,said:“We are proud to partner with Radisson Hotel Group, one of the most dynamic players in the industry. This partnership and portfolio of hotels fit perfectly with the development vision of our group. We believe that the opening of these three hotels will have a positive long-term impact on Madagascar’s tourism industry.”

Joël Randriamandranto, Madagascar’s Minister of Transport, Tourism and Meteorology,added: “Tourism is one of the pillars of a country’s economy. In this regard, we have a clear policy on the diversification of supply and the development of public-private or private partnerships, as in the case of this agreement. We hope that the presence of one of the largest international hotel groups will promote Madagascar Treasure Island destination.”

The Radisson Blu Hotel, Antananarivo Waterfront and the Radisson Hotel Antananarivo Waterfront, will be ideally positioned in a central location at the crossroads of the city center in the main business and commercial district. With three entrance gates, the hotels will have unrivalled access to Antananarivo International Airport, less than 30 minutes away. Located in the Waterfront, a quiet compound which is secured (24-hour manned CCTV system) and surrounded by a large lake and multiple outlets including restaurants, a mall and cinema.

The 168-room hotel will consist of 121 standard rooms, 26 junior suites and 21 executive suites. Dining options will include an all-day dining restaurant, a rooftop destination restaurant and rooftop bar overlooking the city, as well as an internet café. Leisure facilities will feature a fitness room and an indoor swimming pool. The 585sqm meeting and events area will consist of one conference and six meeting rooms. It will be the newest product in the city, in the most exclusive and secure location.

The hotel will have 30 upscale rooms made up of standard and business class rooms. The food and beverage outlets will include an all-day dining restaurant and bar. Guests will also be able to enjoy the hotels water garden, deck and outdoor swimming pool.

This converted property has 56 apartments, which include 38 upscale standard apartments, 11 business class apartments and seven executive suites. It will offer an all-day dining restaurant, a lively roof top lounge bar and a gym.

The property is located in a vibrant area within the city center, surrounded by bars, restaurants as well as major banks, ministries and the ancient Presidential Palace.