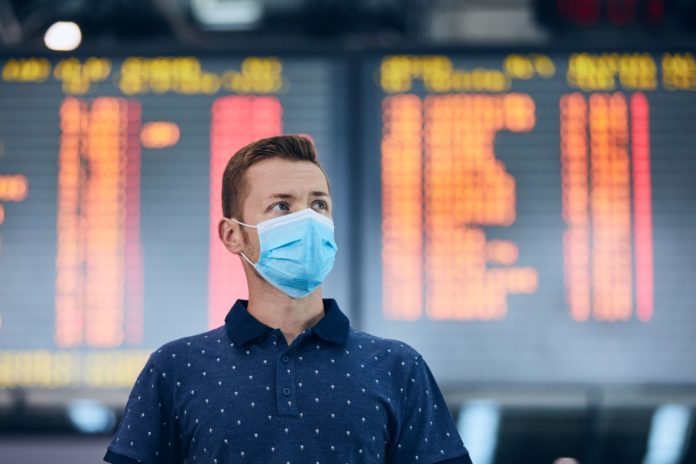 As South Africa’s Tourism sector sits on the brink waiting to hear whether a move to Level 1 will include the full reopening of international travel, experts say there is no “public health reason” not to.

There have been some confusing remarks that within Level 1, borders will reopen in phases – starting regionally – before the full reopening of international travel is allowed. This phased reopening is “not logical”, says Professor Alex van den Heever, Chair in the field of Social Security Systems Administration and Management Studies at the Wits School of Governance.

“All borders should be reopened as there are no additional risks posed by an industry that is well organised, has stringent health and hygiene safety protocols in place and operates in low density settings,” says Professor van den Heever.

In his view, the risks lie in superspreading events, i.e. large gatherings, where one person infects many. “You typically don’t get superspreading events in Tourism provided health protocols are maintained and, to the extent where there are any failures, you address them. You don’t keep an entire industry closed because of some failures. As an economic sector, if the evidence doesn’t indicate that you are a major vector for spreading the disease, you should be open,” he explains.

Agreeing with Professor van den Heever that Tourism should be reopened in full by default and managed by exception is Tourism specialist, Gillian Saunders.

When considering the pandemic risk, there is no reason to differentiate between a foreign tourist or visitor from an African country compared to an overseas country. “The COVID risk and mitigation measures are the same and the approach to people travelling to South Africa from an African country or from an overseas country should be identical. The new COVID management situation with different behaviours and following protocols applies equally to nationals from any country,” she says.

And where protocols are not working, address them, adds van den Heever. “Where things are working leave them open. is the initial approach followed by government which involved closing by default and opening by exception, has been our big strategic mistake to date.”

Professor van den Heever say there is no logical reason not to reopen Tourism immediately. “The industry is well prepared and has been geared for some time to manage the situation. It just needs the green light. We are about three months overdue for Tourism’s full reopening.”

South Africa’s Tourism sector has adopted stringent protocols through the Tourism Business Council of South Africa’s (TBCSA) Travel Safe – Eat Safe programme, which has been informed by all international and local health and safety guidelines, including World Health Organization (WHO), National Institute for Communicable Disease (NICD), and Department of Health (DoH), and endorsed by the World Travel and Tourism Council (WTTC).

Tourism’s health protocols are as good as they can be, says Professor van den Heever. “You are as protected in the Tourism environment as you are in any other workplace and protocols are the only way we have to manage living with the virus in play.”

The argument for keeping borders or reopening them in phases, is countered by the fact that South Africa already has community infections.

Professor van den Heever likens this approach to closing the stable door once the horse has bolted. “We already have community infections and need to manage the risk to the general community and the traveller in an environment in which the disease is already present.

The economic case for full reopening

Of the R120,7bn of direct foreign tourism spend in South Africa in 2018, 68% or R82,6bn was generated by the 2,7 million overseas tourists who visited the country. “Their spending levels are significantly higher than those of most African visitors and are critical to support a large portion of the travel and tourism industry in South Africa,” explains Saunders.

Equally, outbound tourism is critical to South Africa’s economy. “South Africans take around six million foreign trips annually. Of these 39% or 2,4 million are by air.These air trips support the international air routes and  frequencies to and from Africa and overseas  countries.The viability of the airline industry relies on outbound demand to fill airline seats.”

While she acknowledges that international and regional tourism will not return at full pre-COVID levels for many months or even years, if all international borders are opened as soon as possible, even 20% or so of the prior levels will further assist the industry to survive.

“Inbound overseas tourism is the single most lucrative tourism market, with 2,7 million tourists representing 68% of the inbound tourism spend. With a high season over the next 6 months, which is in danger of being decimated, and our continental competitors re-opening and taking market share, not opening as soon as possible will cause severe decline of the industry for this season and a further slower recovery for the 2021-2022 season.”

However, beyond opening borders, is the need for Government to create an enabling environment for Tourism to flourish. This includes an immediate national air access initiative to drive route take-up and temporary visa waivers for key markets as airlift is introduced.

Furthermore, South Africa must as far as possible avoid the requirement of a quarantine period, explains Professor van den Heever. “It is imperative that safe alternatives to quarantine approaches also be considered. Workable options can be developed in conjunction with infectious disease specialists and institutionalised into health protocols.”

The protocols are in place, so essentially there is no barrier to opening. It is merely a question of allowing it to happen, concludes Professor van den Heever. “The faster that certainty is created, the better. The industry is quite organised, and they are in a position to ensure compliance of the protocols because it’s in their interest to earn trust of consumers.”