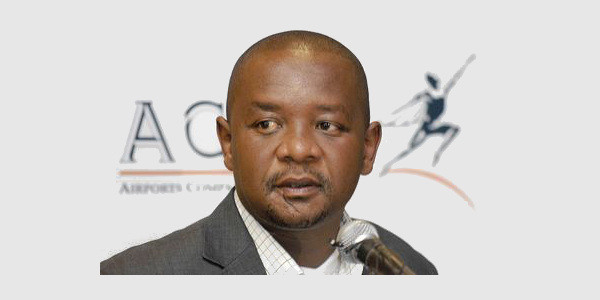 Announcing its financial results ACSA announced that its profits increased by 10.8% to R2bn. Return on equity was 11.3% compared to 11.5% in the previous period. Capital expenditure decreased by 31.3% to R893m.

Bongani Maseko, Chief Executive Officer of Airports Company South Africa, said the Company continued to be resilient, despite sluggish economic growth. The Company reported a total of 20.0 million (2016: 19.4 million) departing passengers from the nine airports it owns and operates.

Aircraft landing volumes were flat for domestic flights and up by 2.5% for international flights, indicating higher passenger utilisation of scheduled flights. Maseko noted that Airports Company South Africa has managed to significantly reduce its debt levels over the past five years. Debt, primarily in the form of bond issues, stood at R9 billion at the end of the period, significantly down from R17 billion in 2012. As a result, the Company’s gearing ratio has reduced from 59% in 2012 to 25% in the 2017 financial year.

“The overall financial position of the Company therefore remains healthy despite regulatory uncertainty and difficult economic conditions,” says Maseko. “Operationally, we are adapting well to a new tariff regime from the regulator which required a 35.5% reduction for the 2018 financial year with increases in the following two years of 5.8% and 7.4%.”

Airports Company South Africa met 76% of its performance objectives in the period under review, which for the first time included additional measures such as reducing environmental impact, improving connectivity to the regions served, providing equitable access to safe airports, and leadership culture.

The Company has refined and enhanced its transformation strategy to focus on seven sectors which account for the bulk of its procurement. These sectors are information technology, construction, property, retail, advertising, car rental and baggage handling.

“We appreciate that business and transformation dynamics are different across these sectors and we need different levers to advance change in each. Some have made more progress with transformation, while in others we have identified the need to support more actively the development of black-owned and managed enterprises,” says Maseko.

“However, there remain several critical issues to resolve with the regulator, and we plan to continue advocating for a tariff regime without large changes from year to year. In addition, we need to resolve matters relating to capital expenditure which is essential to maintaining efficient airports and developing infrastructure for the long term.”