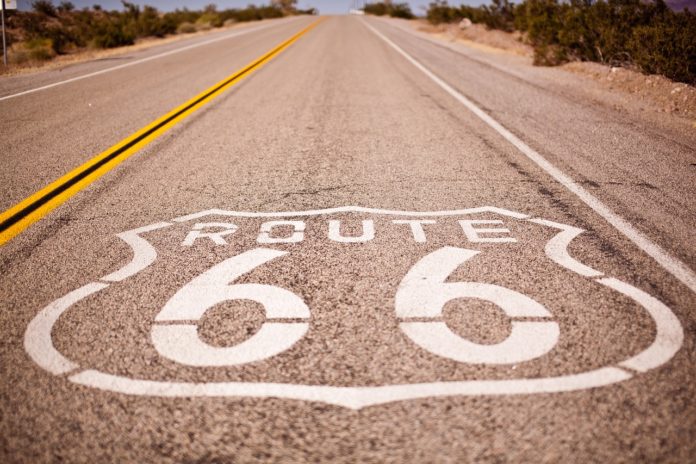 Great movies are made of epic USA road-trips. Easy Rider. Little Miss Sunshine. And dare we say it… The Hitchhiker.

Pack your padkos and prep your playlist. The great American highways and byways beckon with the promise of bigger and better – sun-kissed beaches, towering canyons and glittering cities with a bit of characteristically wholesome American fun in the mix.

“That all-American dream of hitting the Mother Road Thelma and Louise style may seem beyond most of us, but if there was ever a destination where you’re in the driving seat, it’s the USA,” says Jessica Clarke, Brand Manager Busabout, which this week launched its inaugural planned Adventures and Hop-on Hop-off coach network in the USA and Canada.

Popular American road-trips include Route 66 of course, and the West Coast, East Coast and South-East, adds Clarke. “Busabout has now launched two main travel styles in the US – a Pass for our Hop-on Hop-off network so independent travellers can create their own adventure, and 11 pre-planned guided adventures with inclusions, but enough free time to delve into the destination on your own terms.

“The aim is to give independent travellers and those travellers who crave a little more structure in their holidays, an easy way to embark on a road-trip across the USA. You can have as much, or as little support as you want, make last-minute decisions on where to go next, and for how long to stay, or follow a guided adventure with plenty of free time to explore the destination on your terms.”

Give the US the green light for your next holiday and consider these epic road-trip adventures:

Start your road-trip on the west coast of the USA, driving through California into Nevada until the shimmering lights of Las Vegas appear on the desert horizon. Visit Hoover Dam and Monument Valley as you head east, stopping in Williams along Route 66 and the New Mexico artists’ retreat of Santa Fe. Continuing your journey to New Orleans, visit Amarillo, Austin and Fort Worth before arriving in Louisiana. Highlights along the way include the Cadillac Ranch, Houston Space Museum and the Grand Canyon.

There’s more to California than tapping your inner beach-bum and hitting Tinseltown as you’ll discover on a road-trip through the Golden State. Launch your journey in Los Angeles, with a coastal cruise along the Pacific Coast Highway bound for San Diego. Surf and sand take centre stage as you admire Southern California’s scenic beauty. Leave the coast behind for the Mojave Desert, with Joshua Trees lining your drive to Prescott and then to the serenity of Sedona. Visit the Grand Canyon, then head for Las Vegas, Death Valley and Mammoth Lakes. Take to the waters of Lake Tahoe, then head to trendy San Francisco to see the likes of Golden Gate Bridge, Pier 39 and Fisherman’s Wharf.

Western National Parks Adventure
America’s epic natural landscapes feature on this road-trip through the national parks of the West. Leave the bright lights of Vegas behind for the canyons and desert landscapes of Zion National Park, see the fairy-tale hoodoos of Bryce Canyon and drive along the rusty red valley floor of Monument Valley, passing mesas and buttes that rise up from the valley, which has featured prominently in Hollywood blockbusters. Follow the Colorado River through the Painted Desert then head to the Grand Canyon to see two billion years of geology in the works.