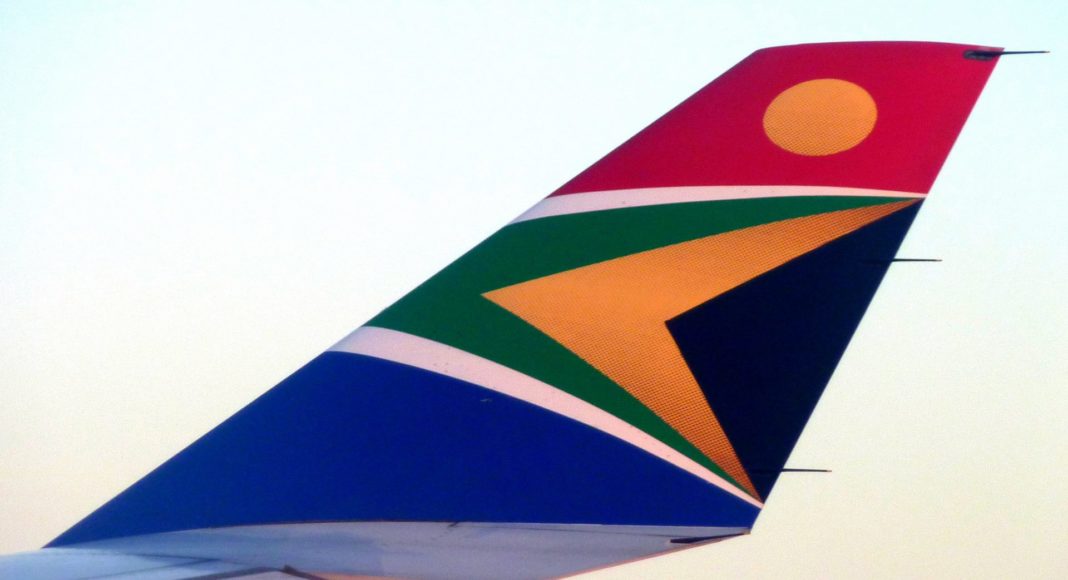 SAA has enhanced connectivity for its customers travelling to, from and beyond the West Africa region following the successful completion of a Memorandum of Understanding (MOU) with Africa World Airlines (AWA), the airline’s Ghanaian partners.

The CEOs of SAA and AWA, Vuyani Jarana and John Quan, respectively, today officially signed the MOU at the Ghana Ministry of Aviation in Accra, Ghana.
Hon. Joseph Kofi Adda, the Ghana Minister of Aviation, officiated at the event.

The MOU allows the two airlines to enhance their relationship through synergies that include code sharing, franchising and any other related projects.

“As part of our turnaround strategy, we are constantly looking at ways of improving our customers’ travel experiences. This agreement gives our customers seamless connections from Johannesburg into more destinations in Ghana and other West African destinations.

“The agreement augments SAA’s popular and successful Ghana operations and offers customers a host of additional travel options in Ghana as well as further afield in the African West Coast region.

“As the leading carrier on the continent, our aim is to improve air travel connections on the continent through partnerships and this agreement with AWA goes a long way towards improving intra-African travel,” says Vuyani Jarana, SAA CEO.

“This agreement with South African Airways will help consolidate Africa World Airlines’ position as one of the leading airlines in West Africa. We are excited by the potential that this African partnership can deliver, and are confident that it will be a win-win relationship for both sides,” says John Quan, AWA CEO.

SAA and Africa World Airlines formed a relationship in 2015, which resulted in the commencement of the Accra to Washington Dulles flights.  SAA operates daily flights between Johannesburg and Accra, with four of the flights continuing onwards to Washington; and the other three flights continue onwards to Abidjan, Cote D’Ivoire.

SAA’s relationship with AWA has since grown from the original commercial co-operation into the new interline commercial agreement, which became possible when SAA finalised technology integration with AWA in November. The interline agreement allows the acceptance of each other’s customers and access to each other’s network.

SAA customers will fly from Accra on SAA operated flights and then connect to further destinations on flights operated by AWA.

Over the coming months the interline agreement will evolve into a code share agreement.

SAA customers will then travel on one ticket from Johannesburg to Accra, or from Washington to Accra, and onwards to a number of destinations such as Kumasi in central Ghana, Tamale in the north, and Takoradi in the west. SAA customers will also be able to connect from Accra to Lagos and Abuja in Nigeria, Freetown in Sierra Leone, and Monrovia in Liberia.

In turn, customers of Africa World Airlines travelling from Ghana, Lagos, Abuja, Freetown, and Monrovia, are able to travel on one ticket from any AWA point of origin and connect onto SAA international flights to either Washington D.C. or Johannesburg, or further on the SAA network.

With effect from April SAA increases the frequency from Accra to Washington to five flights per week. SAA offers the only nonstop flight between Ghana and Washington D.C. and convenient connections to / from over 100 cities across the U.S. and Canada through its Star Alliance partner, United Airlines via Washington, D.C.-Dulles.

Jeanette Briedenhann
Jeanette Phillips joined the team in 2016. She developed a passion and love for all things-travel related in her role as travel journalist, a position she held for over seven years. A brief exodus into the corporate marketing sphere proved that there is no better industry than the travel industry. Research and writing are two of Jeanette’s greatest passions, but she is always open to new challenges and different ways of doing things.
Previous articleComair Takes Delivery of First 737 MAX 8
Next articleTurkish Airlines ups sleeping experience in Business Class