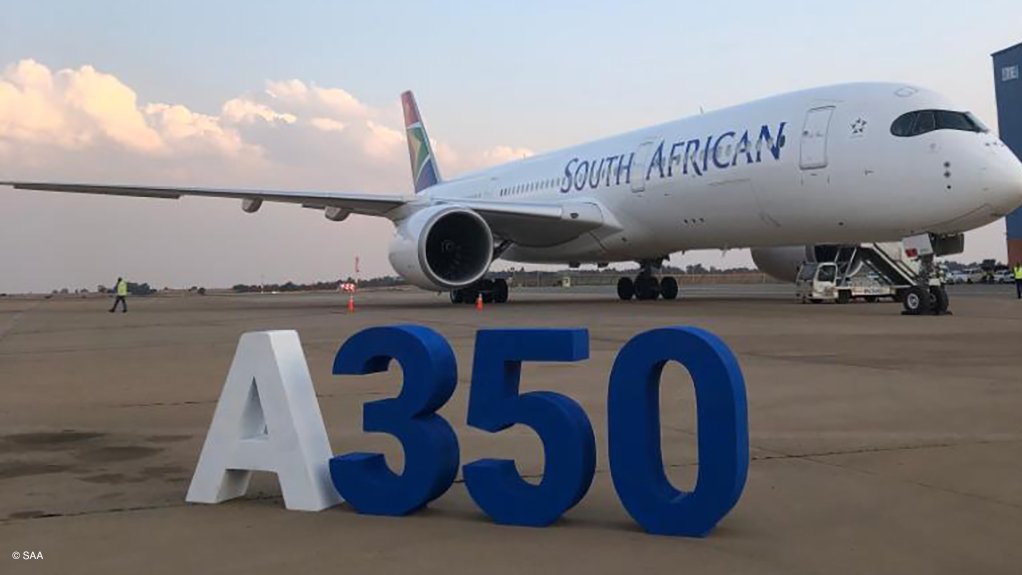 “This inaugural flight was the first that we plan to introduce on our international routes in the near future.  We are excited that our passengers will enjoy the A350s superior features such as a quieter cabin and relaxing in-flight experience including the all-new In-flight Entertainment (IFE), extra-legroom seats in Economy Class and lie-flat beds in Business Class,” said Zuks Ramasia, SAA’s Acting CEO.

The aircraft, which is environmentally friendly, with improved fuel-efficiency can fly further than any other aircraft in commercial service. It is one of the four new Airbus A350-900s that SAA added to its fleet in October 2019.  It replaces the Airbus A340-600, which was being used on the route.

“All the A350-900s are equipped with Rolls-Royce Trent XWB engines. Since entering service in 2015, the Trent XWB engines have flown more than five million hours, and are now regarded as the world’s most efficient large aero-engines.

“The introduction of the A350s will contribute to our operational efficiencies and cost reduction, and forms part of the ongoing fleet renewal programme.

“For example, through the A350s, we will lower our operational costs, and save on our fuel consumption by 25% and also lower our maintenance costs by 40% over a five-year period,” said Ramasia.

Jeanette Briedenhann
Jeanette Phillips joined the team in 2016. She developed a passion and love for all things-travel related in her role as travel journalist, a position she held for over seven years. A brief exodus into the corporate marketing sphere proved that there is no better industry than the travel industry. Research and writing are two of Jeanette’s greatest passions, but she is always open to new challenges and different ways of doing things.
Previous articleQatar and Malaysia Airlines announce significant codeshare expansion
Next articleWiT Africa 2020 to connect the dots between the Asian and African travel markets, in Cape Town, May 28