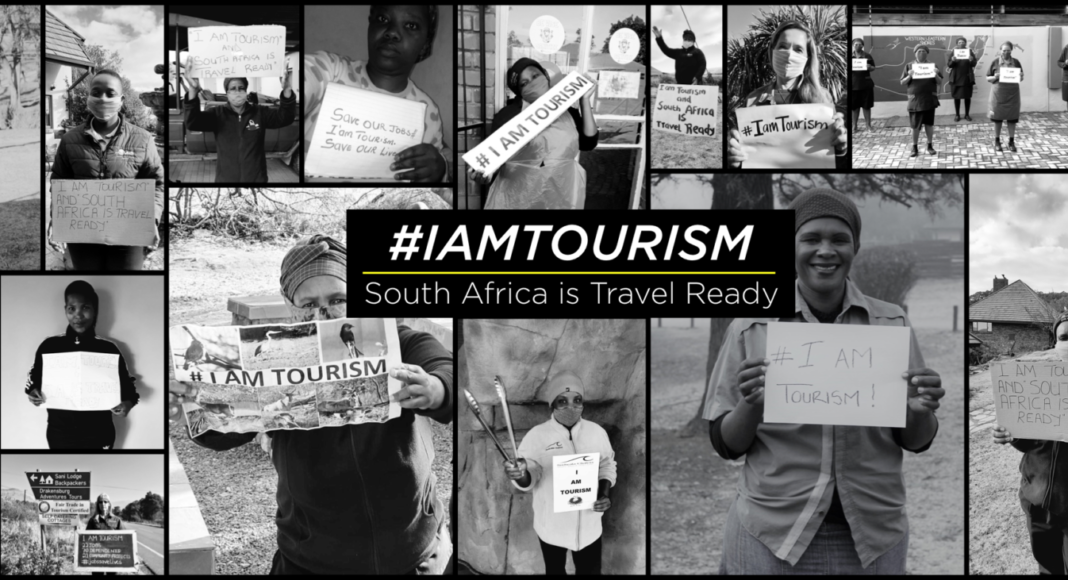 This August, South Africa’s Tourism community celebrates 31 stories of 31 women in tourism, as the heart of an #IAmTourism campaign to highlight the important role that women play in the tourism industry and the extent to which their livelihoods have been impacted by the pandemic.

The #IAmTourism campaign forms part of an overall initiative driven by a PR & Communications collective, bringing together influential agencies in the tourism and hospitality space to support the inbound tourism industry’s efforts to reopen tourism as quickly as possible, as safely as possible.

“The firm focus this August is on profiling the women of the tourism industry to give them a voice and highlight the extent to which women comprise the Tourism Workforce – 70% of people employed in Tourism are women,” says Thembi Kunene, spokesperson for the #IAmTourism campaign.

The story of one #IAmTourism woman will be featured every day of August – 31 days, 31 #IAmTourism stories of women describing how they got into tourism, their journey since lockdown began, what they believe the role of tourism is in their lives and that of their families, the importance of tourism to South Africa and what they could say to inspire their fellow women in travel.

In addition to the 31 days, 31 #IAmTourism stories, ‘South Africa is Travel Ready’ is also running a social media campaign featuring thousands of women brandishing #IAmTourism signs on social media. The #IAmTourism hashtag has been widely adopted by the Tourism industry and is being displayed on everything from T-shirts to placards, and even walls.

“Now more than ever, the women of South Africa need support to become financially independent and to support their families. To do this through Tourism, South Africa must follow a sensible and safe, data-driven reopening and recovery strategy, underpinned by strict health and safety protocols, where Government provides the enabling environment for Tourism to flourish in a new COVID-impacted world,” says Kunene-Msimang.

Jeanette Briedenhann
Jeanette Phillips joined the team in 2016. She developed a passion and love for all things-travel related in her role as travel journalist, a position she held for over seven years. A brief exodus into the corporate marketing sphere proved that there is no better industry than the travel industry. Research and writing are two of Jeanette’s greatest passions, but she is always open to new challenges and different ways of doing things.
Previous articleFlexibility, Health and Wellness Top Priorities for Travel Experts
Next articleTake the guesswork out of the return to travel process