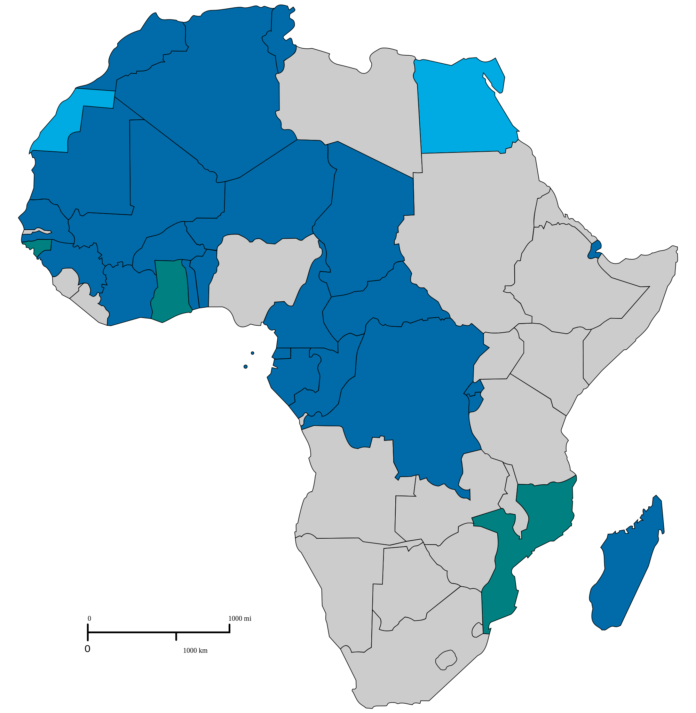 Six countries in central and western Africa have made work into allowing visa-free movement of people across its borders.

According to AFP News the announcement was made at a summit in the Chad late on 31 October, between the six francophone states of Cameroon, Central African Republic, Chad, Equatorial Guinea, Gabon and the Republic of Congo — in a bloc called the Central African Economic and Monetary Community (CEMAC).

The summit, in its statement, authorised a regional bank, the Development Bank of the Central African States (BDEAC), to allocate 1.7 billion CFA francs (2.6 million euros, $3.01 million), “to support the application of the agreement.”

Negotiations on the deal began more than 15 years ago, culminating in a draft agreement in 2013 that awaited ratification by all its members.

AFP News stated that the process was hampered by fears by Equatorial Guinea and Gabon — oil-rich and relatively sparsely populated — that they would be swamped by an influx of job-seekers from poorer members.

Those two countries, along with Congo and the Central African Republic (CAR), completed the ratification process late last month.

Cameroon applies the principle of “reciprocity,” meaning that it provides visa-free access to citizens from countries that also provide the same rights for Cameroonians.