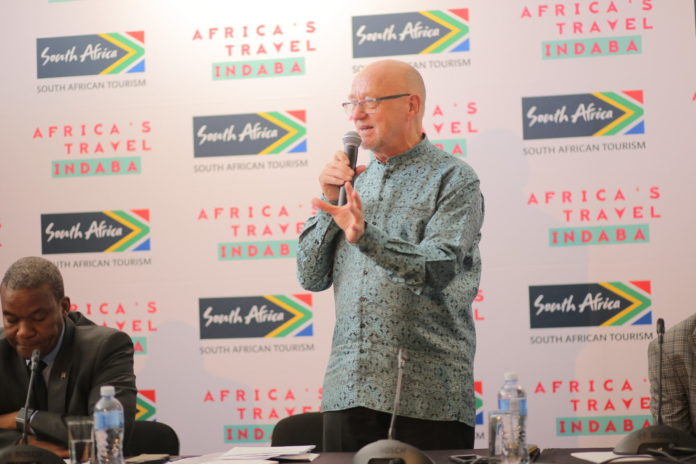 The South African government is looking at introducing e-visas for Nigeria, India and China before the end of the year, Minister of Tourism Derek Hanekom announced at Africa’s Travel Indaba 2019.

Hanekom explained that India and China both feature in South Africa’s top 10 source markets, while Nigeria is showing incredible growth potential. Although South Africa recently eased visa applications for certain categories of visitors from India and China, more needs to be done, the minister said.

The process for Nigerian travellers to apply for a South African visa is particularly difficult. Nigerian travellers can’t go directly to the consulate in Abuja or Lagos, but instead they have to ‘have an appointment at the visa facilitation centre to make an appointment for their visa application’. “This is frustrating and needs to change,” Hanekom said. “In the context of a commitment towards free movement in Africa, we need to move to an e-visa system.”

The Minister explained that the government might consider the recognition of valid visas for other countries that apply stringent tests such as a Schengen visa or the UK visa. He referred to Mexico as an example, whereby Mexico recognises the US visa as an acceptable visa to enter the country. “This is something we would consider in South Africa as it is an easy measure to introduce without compromising our own security measures.”

Although the priority for e-visa roll-outs will be Nigeria, India and China, Hanekom explained he would like to further extend the e-visa model to more countries. When South Africa introduced a visa waiver for Russia, tourism to South Africa from Russia increased by 52%. These figures indicate that a visa reform is imperative, according to the Minister.

Said Hanekom: “We need a significant visa reform that will benefit every country. I feel very strongly about this, and so does the President. The President has indicated he would like South Africa to have a world-class e-visa system.”