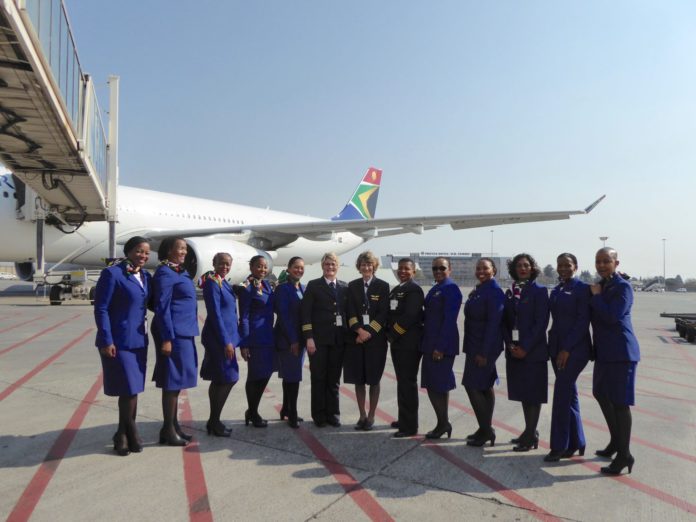 South African Airways (SAA), saluted women in a unique way this month with an SAA first – an all-female flight deck, cabin and ops crew, embarking on an international flight, from OR Tambo to São Paulo, Brazil, in honour of Women’s Month.

A few of the prestigious women involved include Captain Jane Trembath, the first female airline captain in SA to command overseas flights and youngest Boeing pilot at the time of joining SAA in 1988, when she was just 23 years old. Also making history on the flight will be Asnath Mahapa, South Africa’s first black female pilot, who took to the skies for her first flight in 1998 and is a Senior First Officer. Lastly Annemarie Smit, will complete the flight deck crew in the role of Senior First Officer