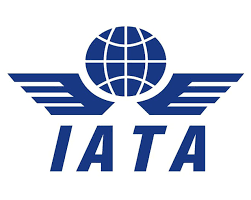 The World Health Organisation (WHO) has declared a Public Health Emergency of International Concern (PHEIC) regarding an Ebola virus disease outbreak in Democratic Republic of Congo. The International Air Transport Association (IATA) is coordinating closely with the WHO and the International Civil Aviation Organization (ICAO) with respect to potential implications for air connectivity.

WHO’s current risk assessment for travel and transport is not recommending any travel restrictions or the closure of borders at points of entry. On the contrary, in its statement on July 17 it’s Emergency Committee explicitly said:

In line with WHO guidance, awareness-raising activities initiatives are being conducted for travellers to and from the affected region. As always, passengers are advised not to travel if they are unwell. Any traveller developing symptoms of the Ebola within three weeks of returning from an affected region is advised to seek rapid medical attention.

IATA will continue to monitor developments closely in the Ebola outbreak in close coordination with the WHO and ICAO.