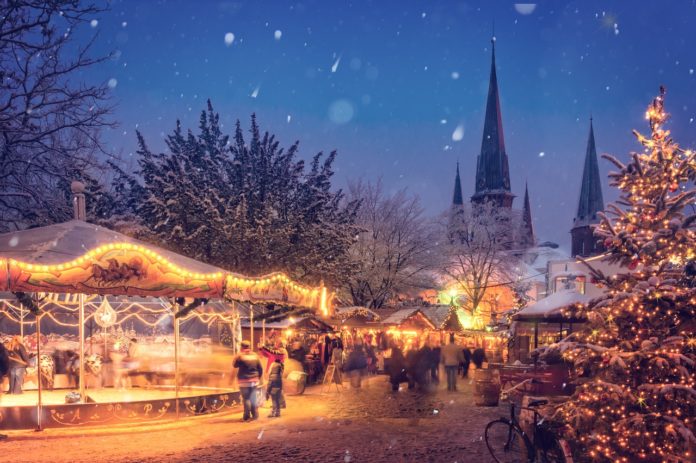 Warm your winter heart with the prospect of gingerbread men, Glühwein and a dazzling display of twinkling lights at Europe’s magical Christmas Markets.

Even the icy depths of the biggest Scrooge among you will be warmed by the fairy tale surrounds and delectable Christmas fare – from Germany to Austria, Switzerland to France.

“There’s not a town or city in Europe which doesn’t make the most of the season to share a little festive cheer. Christmas Markets typically start in mid-November, signalling the beginning of Advent, and run up to the night before Christmas,” says Richardson.

Their origins hail from German-speaking Europe in the Late Middle Ages, explains Lieria Boshoff, Brand Manager Uniworld Boutique River Cruises. “If you can imagine a little light in the midst of a dark winter, you’ll understand why Christmas Markets provided a welcome, cheery respite for villagers who would flock to the markets to stock up on suppliers for their Christmas celebrations.

“Today, locals still come to these Christmas Markets to buy festive fare, traditional Christmas decorations and immerse themselves in a little Yuletide spirit, but they have become a popular winter experience for international travellers too,” says Boshoff.

And Christmas Market visits are not just for older revellers, adds Busabout Brand Manager, Jessica Clarke. “Christmas Markets are exceptionally popular among younger travellers because it’s an opportunity to connect with locals during a time when everyone is in a celebratory mood.

In addition to the hearty Christmas food, there are parties and festivals that make this the ideal time to visit Europe, according to Contiki Marketing Manager, Kele Scheppers. “Each market has its own speciality to try, whether it’s the little Prune Men (Zwetschgenmännle) from Nuremberg or the Kiachln doughnuts from Oberammergau.”

Thinking of throwing on your winter woollies to head north for carols, candles and some Christmas cheer? Here are some of our top picks for the 2018 Christmas Market season: 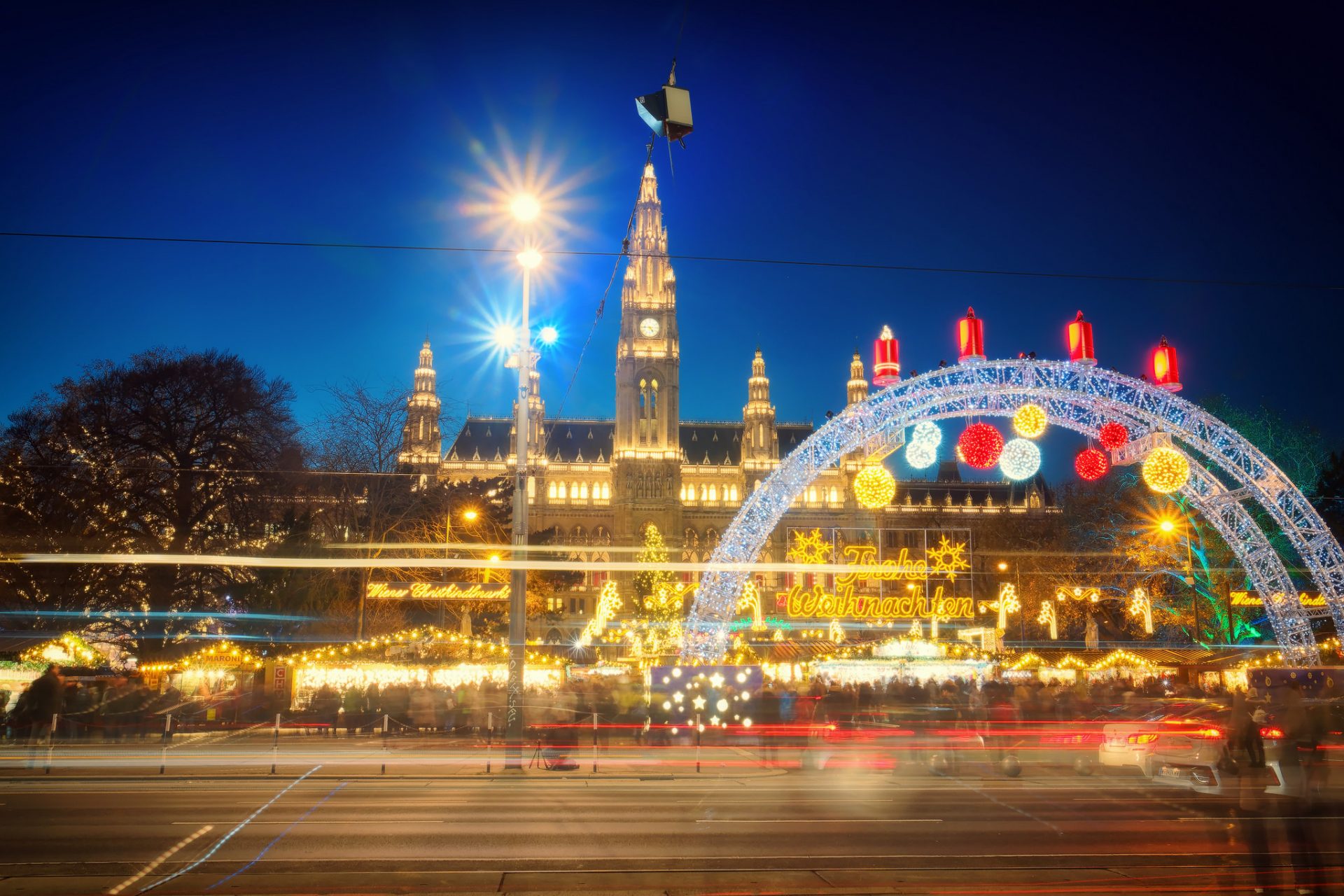 Launching Trafalgar’s Christmas foray to Austria, Switzerland and Germany is the imperial city of Vienna and its famous Christkindlmarkt, set against a beautiful Baroque backdrop. Among the most popular markets in the city is Vienna Christmas World on Rathausplatz, but the Old Viennese Christmas Market, which dates back to 1772, is just as magical.

Highlight: Only the former home of Haydn, Mozart and Strauss could put on a musical spectacle during the festive season like the one that Vienna treats its visitors annually. Check out the official Vienna event listing to see where concerts, shows and festivals are being held during this period 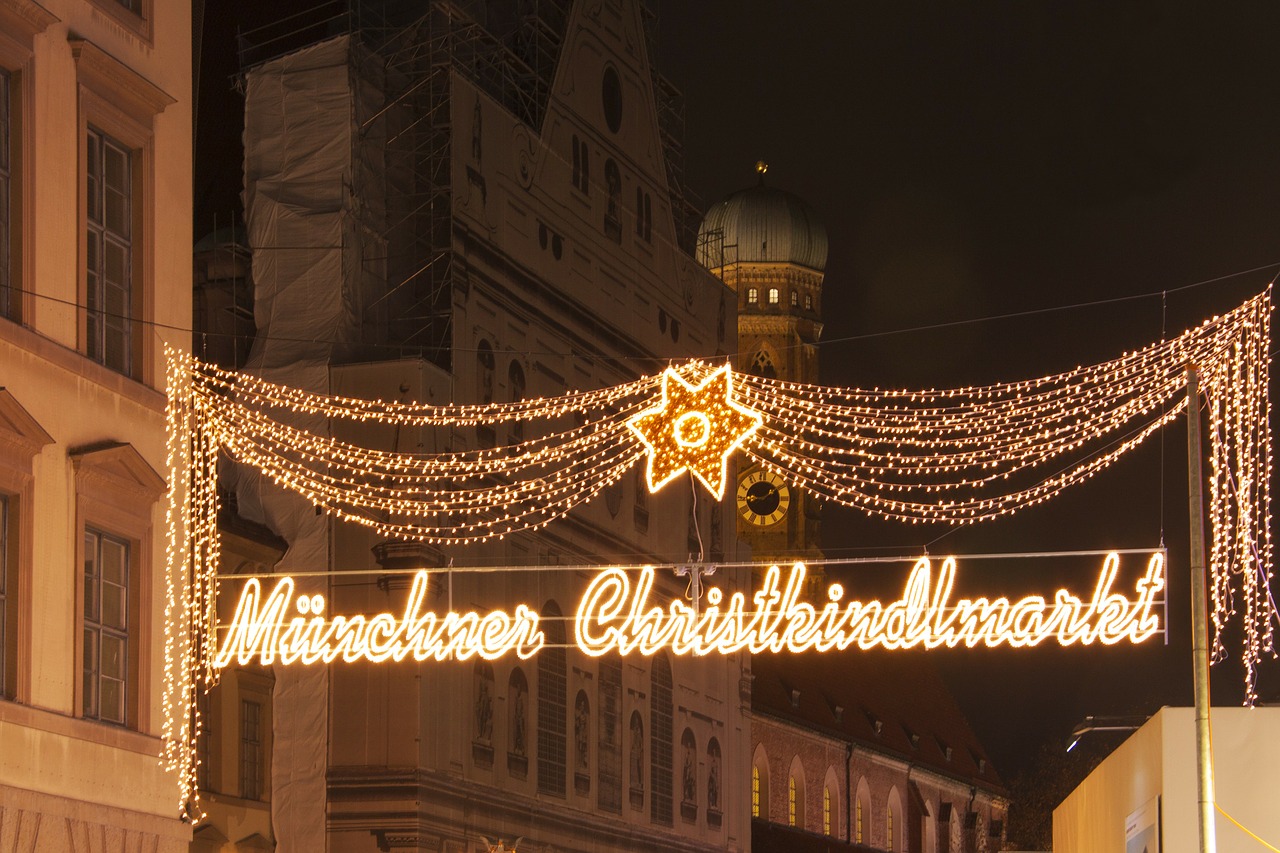 Insight Vacations offers an Alpine Christmas Markets journey, of which a particular highlight is meeting with a stallholder at the Munich Christmas Market in Marienplatz and tasting his aromatic Lebkuchen with a glass of Glühwein. Imagine the picturesque Town Hall and Glockenspiel in the background as you admire the gigantic Christmas tree that towers over the traditional stalls.

Highlight: You could take a stroll to nearby Neuhauser Strasse to see Germany’s largest manger market and sample the local Fatschnkindle, a pastry resembling baby Jesus in his manger. The Kripperlmarkt is said to be the largest of its kind in Germany. 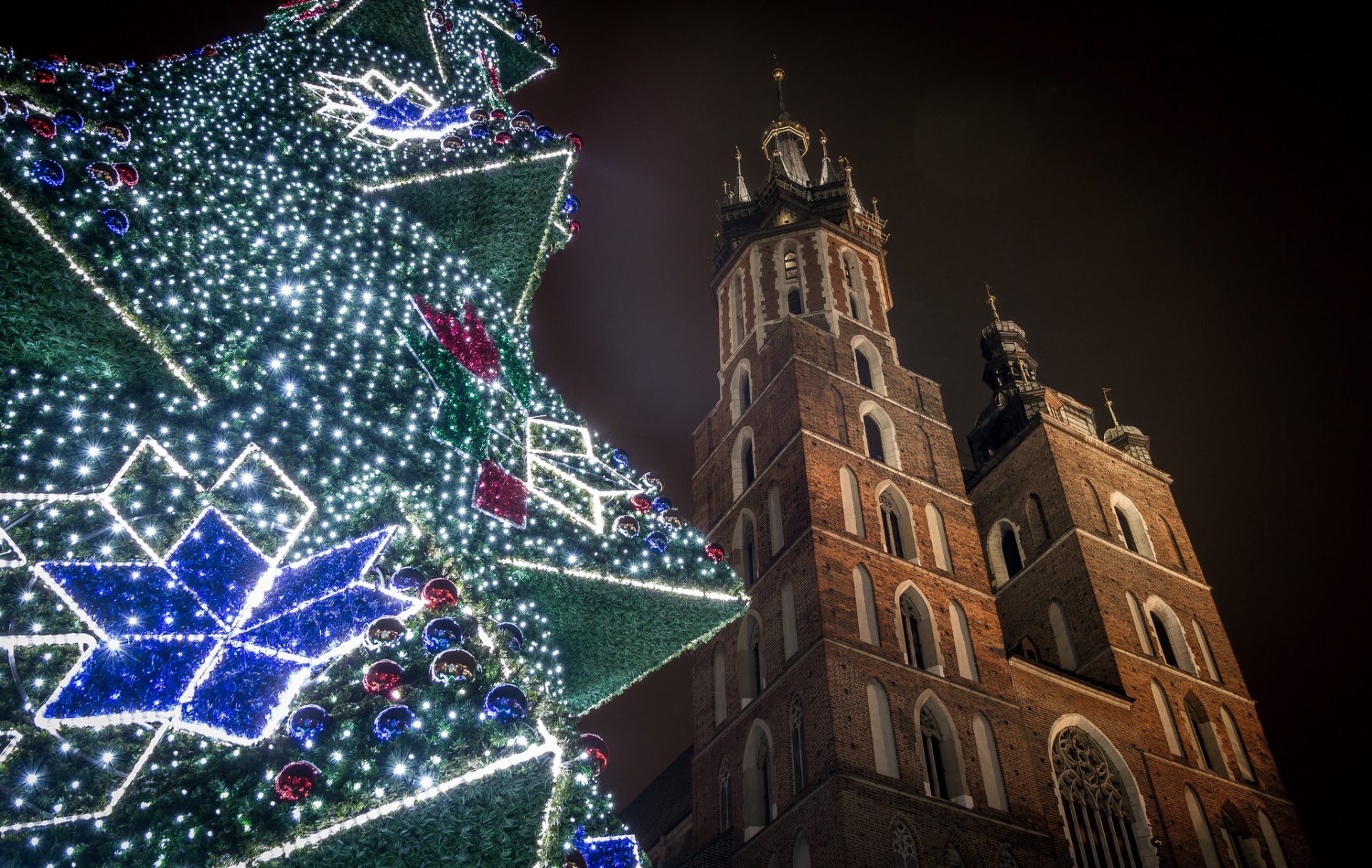 Embark on an 11-day Christmas journey in Eastern Europe with Busabout, starting your celebrations in one of Poland’s oldest cities and the former home of a semi-legendary dragon slayer, Kraków. Held in the city’s central square in the middle of the Old Town historic district, the Christmas Market offers an array of Christmas decorations, toys, sweets and traditional food such as Piernik gingerbread or Ocsypek, a smoky flavoured cheese made from sheep’s milk.

Highlight: Unique to Kraków is the annual Christmas Crib Contest during which locals craft their own szopki which are colourful recreations of the city’s beloved castles and cathedrals. These are displayed during a procession and then at the Adam Mickiewicz monument on the Market Square. But if you miss the event, you can always catch the exhibit at Celestat from mid-December to the end of February. 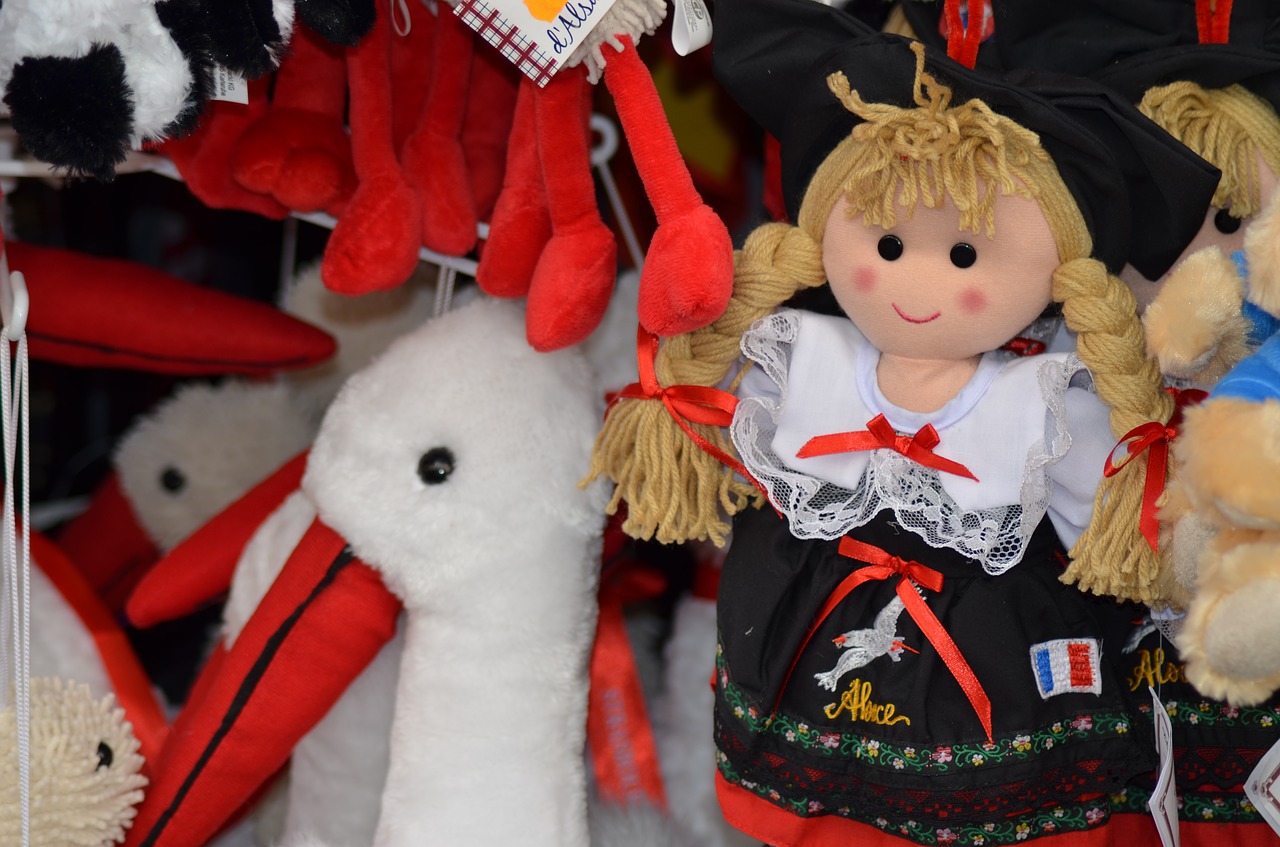 Follow the mighty Rhine with Uniworld Boutique River Cruises to the crossroads of Europe, so called because of its strategic location halfway between Paris and Prague. The single-spire Gothic cathedral and beautiful half-timbered houses provide a picturesque backdrop for the enchanting Christkindelsmärik in what has become the Capital of Christmas, wowing festival goers for over four centuries. A complimentary Taste of Christmas walking tour takes guests through Petite France, where the little shops are all charmingly decked out for Christmas, then spend the afternoon at your leisure wandering past the chalets stocked with finely crafted toys, ceramics, jewellery and handmade Nativity figurines.

Highlight: The Strasbourg Christmas Market is particularly renowned for its giant toy storks in Santa hats that are a playful tribute to Strasbourg’s beloved storks. Browse the traditional stalls with a steaming cup of mulled wine in one hand and a bredele biscuit or two in the other. 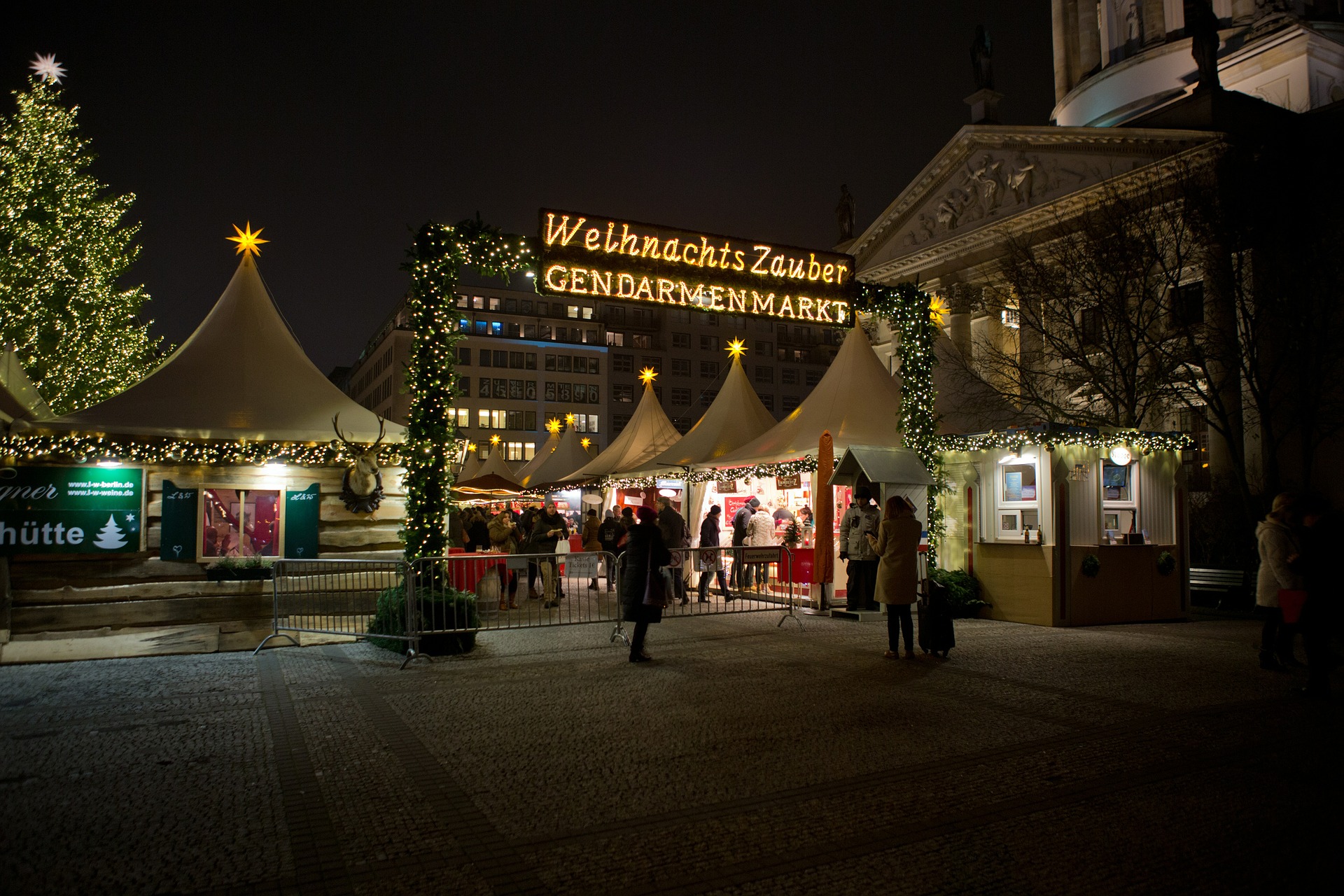 Why confine your Christmas celebration to one market, when you can go on a Christmas Market hop around the capital of Germany, with two full days to soak up the Christmas spirit during Contiki’s Winter Wanderer journey. In any year, there are up to 100 markets dotted around the city, but the most popular of these are arguably the Berliner Weinachtszeit, located behind Alexanderplatz, and the Market in Gendarmenmarkt, Berlin’s most beautiful square against the backdrop of Französischer Dom and Deutscher Dom.

Highlight: No need to get nostalgic over Christmas, when you can join Berlin’s cool art scene and in the industrial Arena Berlin. Touted as Berlin’s coolest Christmas Market, the event is held over two days – 8-9 December and features DJs playing slick electronic beats while local creatives showcase their clothing, jewellery and art.