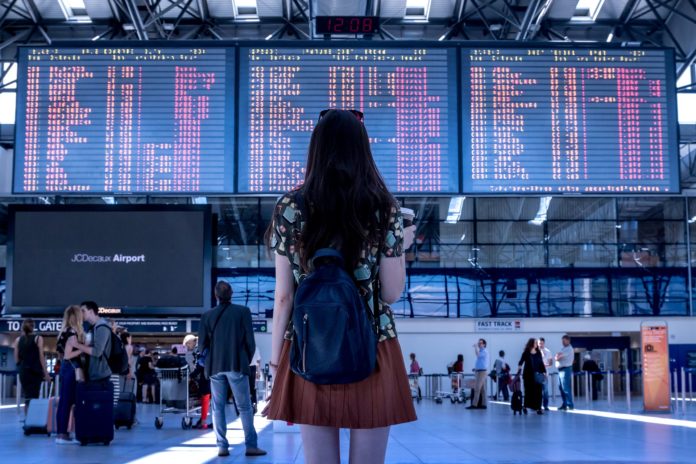 With passenger levels projected to nearly double to 7.8 billion by 2036, IATA has warned that the global aviation industry could soon be facing an airport capacity crisis. This was discussed at the International Air Transport Association (IATA)’s AGM in Sydney, Australia.

“We are in a capacity crisis. And we don’t see the required airport infrastructure investment to solve it,” said IATA chief Alexandre de Juniac, adding that most governments struggle to move quickly and that the cash-strapped state of their finances is fuelling a trend of looking to the private sector for solutions.

De Juniac mentioned that almost half (46%) of the 100 busiest passenger airports globally have some form of private sector involvement, but he warned that privatised airports have “not lived up to airline expectations” with many carriers having “far too many bitter experiences”.

Currently, Africa’s aviation industry remains comparatively small, only accounting for between 2-3% of the global market. However, air traffic across Africa is projected to grow at a very fast pace and is even estimated to triple in the next 20 years, according to the International Quality and Productivity Center (IQPC).

African countries including Kenya, Nigeria, Ivory Coast, Ethiopia, South Africa and Rwanda have all embarked on plans to improve their airport infrastructure – from new terminals and runways to metro links to upgrades, renovation and repair.

Civil aviation authorities across the continent are also investing millions to enhance safety and security, runway modifications, expanding terminals and more while keeping the passenger experience at an all-time high.

Check out some of the projects undertaken in Africa 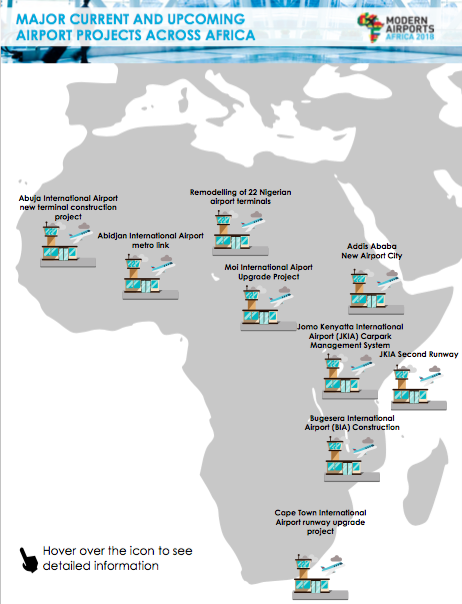 This project will see the construction of a large-scale international airport with four major runways. It will expand the passenger capacity from the current 22 million to more than 80 million.

Moi International Airport upgrades at a price tag of $69m

Tender still to be awarded

IQPC will discuss airport trends and construction in Africa at the Modern Airports Africa Conference 2018, which will be taking place in Nairobi, Kenya, from 21 – 22 August 2018.