For yet another year, France tops the table for having received more applications for short-term visas than any other Schengen country, according to the Schengen Visa statistics for consulates in 2017, published by the Migration and Home Affairs of the European Commission. 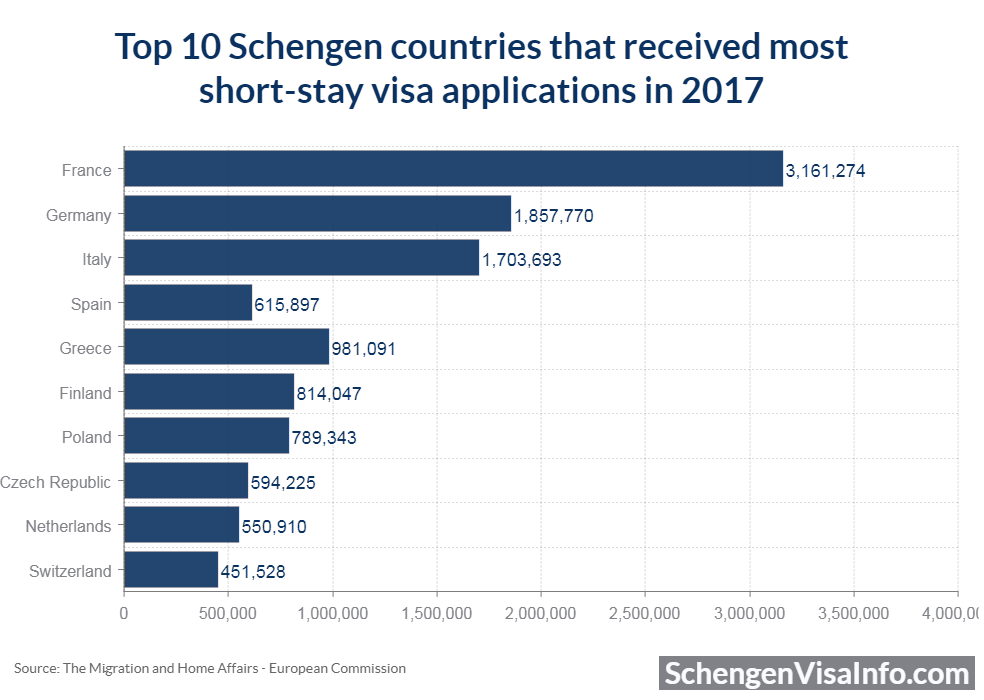 418,485 more people applied for a Schengen short-term visa to France past year compared to 2016 when France consulates around the world had received 3,265,919 visa applications.

Germany follows France as the second in the list, having approved 1,857,770 vias out of the 2,049,055 visa applications its consulates around the world received, and Italy listed as the third with 1,703,693 visas issued out of 1,850,260 applications received. Both countries were in the same positions in 2016 as well.
Spain remains the fourth in the list once again with 40,428 more applications than the previous year, with 615,897 visas issued among others.

The six other countries out of the top ten that received most applications, are as follows:

A total of 8,677,376 multiple-entry visas were issued within 2017, with Iceland at the end of the table having issued only 5082 multiple-entry uniform visas.

The numbers for the five countries that issued most multiple-entry visas are as follows: