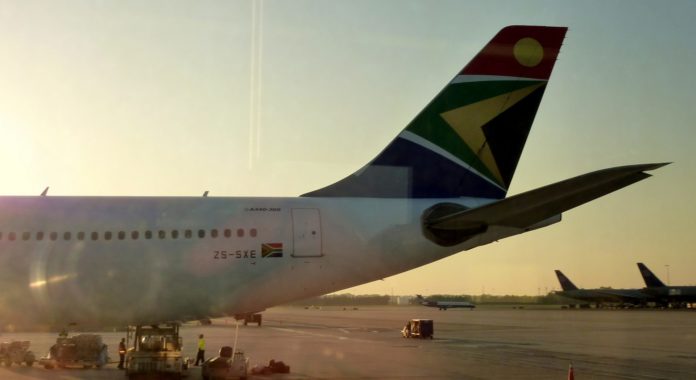 In a letter to President Cyril Ramaphosa and Ministers Nhlanhla Nene and Pravin Gordhan, South African trade union, Solidarity, expressed its concern that the management and financial models of the SAA are unsustainable and ineffective. In addition, the trade union announced its intentions to initiate a court process to place SAA under business rescue.

According to Werner Human, Deputy Chief Executive at Solidarity, the Auditor General stated in his recent report that a substantial uncertainty exists as to whether SAA will be able to continue as a going concern, while President Ramaphosa and Ministers Nene and Gordhan expressed some harsh words about the struggling airline and undertook to turn the airline around. “At present, there is no other choice but to privatise SAA, at least in part,” said Human.

“Solidarity invites the President and Ministers to support its application to place SAA under business rescue, and will reveal its legal strategy regarding this process on this coming Thursday, 12 April, during a press conference,” confirmed Human.