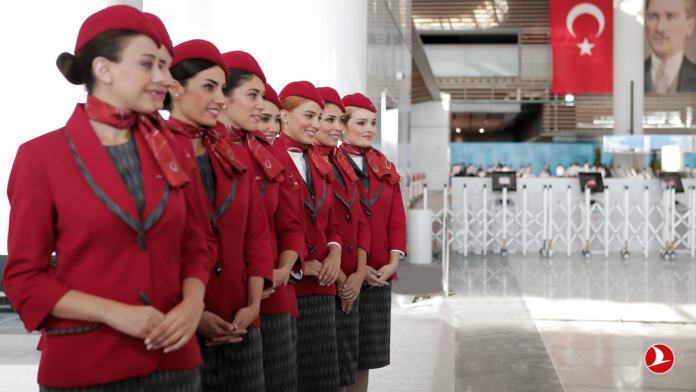 Istanbul’s new airport, designed to become the biggest airport in the world, was officially opened by Turkish President Recep Tayyip Erdoğan this week.

Istanbul Airport ultimately will have the capacity to handle 200m passengers a year via six runways, four terminals and 233 aircraft parking positions. The mega-project is being launched in four phases and is scheduled for completion in 2028.

Currently, Turkish Airlines is operating only a limited number of domestic and international routes from the new airport but the airline is planning to transfer all operations, including flights to and from South Africa, from the existing Istanbul Atatürk Airport on 31 December 2018.

The opening of the new, state-of-the-art aviation hub close to the Black Sea will usher in a new era for Turkish Airlines which flies to more destinations than any other airline. It allows capacity for Turkish Airlines’ ambitious growth plans in terms of both passengers and cargo, and it will deliver a significant upgrade in passenger comfort, convenience, security and connectivity with a smart wayfinding system, new generation GSM infrastructure, face and voice recognition to speed processing, the biggest duty-free zone in the world, next level business and first-class lounges, and a 42 km long baggage system with the capacity to process 30,000 baggage items per hour.

At the opening ceremony, M. İlker Aycı, Chairman of the Board and the Executive Committee of Turkish Airlines said: “Turkish Airlines starts an exciting new chapter today. The new hub plays an important role in Turkish Airlines’ future growth strategy and will offer a seamless experience to our passengers.”