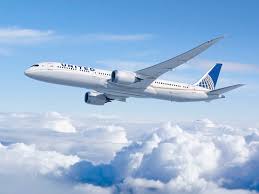 “We are always looking at ways to expand our industry-leading international route network to offer our customers more convenient options. We’re thrilled to announce the addition of Africa to our global route offering,” said Patrick Quayle, United’s vice president of International Network. “This new flight will provide customers with the only nonstop service between the United States and Cape Town.”

Oz Desai, GM Corporate Traveller adds that a direct flight between Cape Town and New York would be a very welcome development for both leisure and business travel from and to South Africa.

“Cape Town recently overtook Johannesburg as South Africa’s number one financial hub, according to the Global Financial Centres Index (GFCI 24), while New York takes top position as the number one financial hub worldwide. Linking these two powerful business hubs with a direct flight will significantly boost business between the countries. Direct nonstop travel, minimising total trip time, is as important as any other perk for business travellers and travel managers today. They want the most convenient and quickest flight options that will allow them to save time and show up rested at their destination,” says Desai.