Virgin Atlantic is introducing innovative training technology – as part of an innovation collaboration with SITA, the leading global IT provider – that allows the airline’s cabin crew to use augmented reality to familiarize themselves with new aircraft.

Using an iOS app, cabin crew use augmented reality to walk through and acquaint themselves with the layout of Virgin Atlantic’s Boeing 787 Dreamliner aircraft without even visiting the airport or getting onto the plane. To complement the existing classroom-based training, this app allows crew members to see the cabin projected as a portal in front of them and are able ‘walk into’ the cabin. The AR app simulates the full-size view of the interior cabin, giving crew a feel for their new working environment, including accurate spatial awareness. This allows the airline to train crew on new aircraft in a fun and engaging way from the airline’s headquarters in Crawley, London.

Augmented reality presents several interesting use cases in the air transport industry, ranging from sales, training, operations and improvement to the passenger experience. SITA Lab, SITA’s strategic technology research arm, and Virgin Atlantic have teamed up to identify and test some of the more promising use cases, starting with the crew training app.

Don Langford, CIO of Virgin Atlantic, said: “Today innovation is the lifeblood of a modern airline. New technologies such as augmented reality hold out the promise to better manage our airline operations while providing an enriched experience to our increasingly tech-savvy passengers. SITA has long been a partner in exploring the frontiers of technology and this AR application is no exception.”

Gustavo Pina, Head of SITA Lab, said: “SITA Lab has identified augmented reality as one of the emerging technologies that will benefit the air transport industry in the years to come. Working with pioneering airlines such as Virgin Atlantic makes it possible for SITA Lab to really explore the potential of augmented reality and evaluate its business benefits. This project is a vital step in that journey of exploration.”

Over the past decade, SITA and Virgin Atlantic have often worked together to drive innovation in technology. In 2013, the two companies partnered to develop award-winning Google Glass and Sony Smartwatch technology enabling Virgin Atlantic concierge staff in the airline’s Upper-Class Wing to deliver the industry’s most high tech and personalized customer service.

SAA will allow one free change of booking for tickets 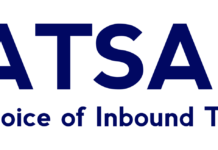 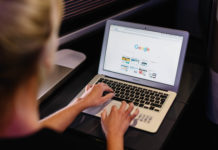 Austrian Airlines heading to the Seychelles