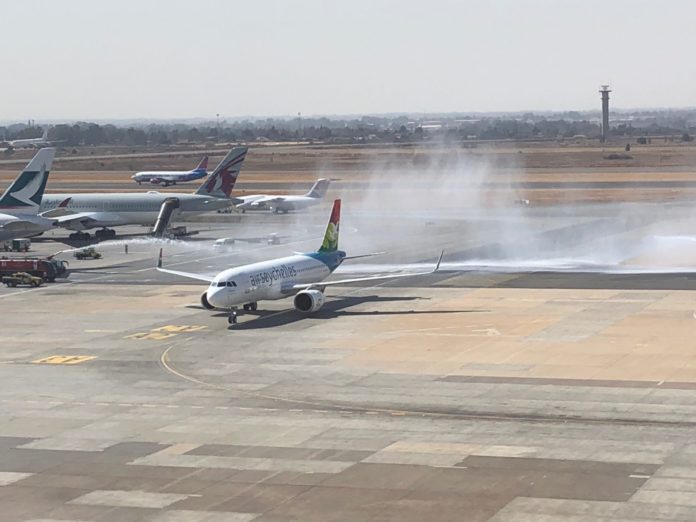 Air Seychelles recently became the first airline in the Indian Ocean and Africa to take delivery of a new Airbus A320neo aircraft into its international fleet.

Named “Veuve” after the most critically endangered bird commonly known as the Seychelles Paradise Flycatcher, the single-aisle aircraft registered as S7-VEV comprised of 12 Business Class and 156 Economy Class seats.

Touching down at OR Tambo International Airport on 12 August, “Veuve” was welcomed by a ceremonial water-cannon salute: