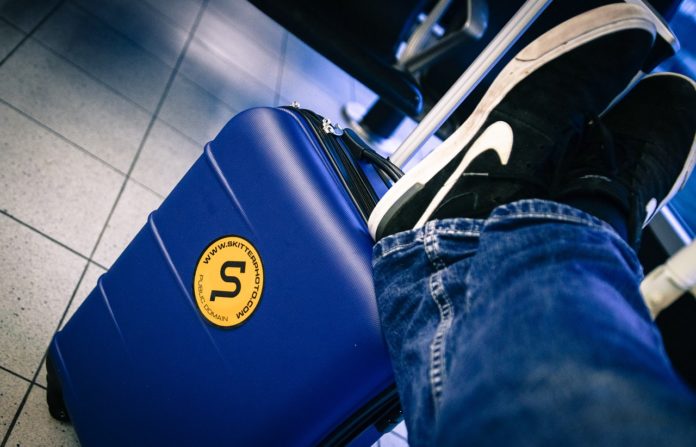 Around 600 000 people are in the air at any one time, as passengers and crew of the 3 300 aircraft aloft somewhere. That’s more or less the same as the population of the city of Khumasiin Ghana, or Lilongwe in Malawi. Like all interesting nations and cities, the world’s population of fliers is very diverse and constantly changing: Shaun Pozyn, head of marketing at kulula.com, takes a light-hearted look at some of the tribes and what we can learn from them.

The regulars: A little like George Clooney’s world-weary character Ryan Bingham in the movie Up in the Air, these folk travel a lot and the novelty of being served champagne while hurtling through the sky is long gone. They have tricks and hacks to get through check-in and security. Like soldiers trained to field-strip and clean their weapons in the dark, they’ve honed the procedures of removing laptops and – in the case of international travel – liquids in plastic bags as they pass through security. They may time their progress from carpark to airport lounge and look where they can speed things up. Some bemoan an otherwise flawless routine – perhaps even a new Personal Best – being thwarted by, say, a tour-group of pensioners. An offshoot of this tribe is the semi-grator, working in one city, usually on weekdays, and living in another, usually on weekends.
What we can learn: Streamlining. Some regular travellers may be a little preoccupied with whether turning left or right in the security queue is quicker – a few maintain that left is always quicker – but they do easy, genuinely useful things too. Online check-in, bag-drops, reserved seating and lounge access all make things a little easier.

The A-lister: This regular traveller is secretly convinced that everyone in the terminal and aircraft recognises them from the tabloid mags’ social pages and their Instagram feeds. They may sport sunglasses at any time of day or night and, as a result, have been known to try to order coffee at airport gift-shops or collide with furniture and people. They keep their phones ready to take pouty selfies with adoring fans as they head for yet another junket to sample a new line of cosmetics, along with their fellow social media influencers.
What we can learn: Lounge access gives you access to bathroom facilities where you can make sure your no-makeup makeup is on fleek – as the A-listers would say – before boarding, or simply relax with a drink and a snack. Lounges, like the SLOW lounges at most domestic airports, are more likely to be able to accommodate A-lister requests for gluten-free-decaf-no-foam-almond-latte-double-shot-with-a-drizzle-of-caramel than the outlets in the terminal. Some lounges have showers.

The globetrotter: This tribe comes in many variationsThe globetrotter: This tribe comes in many variations, from the travelling vloggers tick-boxing through a dozen countries a year, to aid workers travelling light while saving lives. They all have their own proven ways of streamlining their journeys. Some pack a minimum of clothing and launder them along the way. Others swear by rolling clothes up rather than folding them or have an array of high-tech gizmos like solar chargers for their devices or to purify water for drinking. Tribal insignia may also include neck-pillows designed by NASA, which they wear at all times or dangle from a backpack, or that sarong that serves as a towel, blanket, parasol and changing-booth.
What we can learn: Keep an eye on special offers and updates on baggage allowances. Globetrotters know that these may vary between airlines and they make sure that they comply with the limitations while they head for the Bora Bora via Auckland and Port Moresby.

The leisurely: These are often retired or empty-nesters travelling to see children and grandchildren, often to redeem rewards points. You’ll see them exuding Zen-like calm in lounges or browsing airport shops. They have the luxury of travelling in the off-peak hours rather than the early mornings and late afternoons when business travellers fill up domestic flights.
What we can learn: Give yourself plenty of time to get to the airport and through security. Although mornings and afternoons are busiest in domestic terminals, you’ll enjoy your journey more if you’re able to get airside and spend some time unwinding before boarding.

The unusually proportioned: You needn’t be as tall as Boban Marjanović – at 2.22m, the NBA’s tallest player this season – to feel that you’d like a little extra legroom. This tribe often endures I’m-glad-I’m-not-him stares from fellow passengers, who may also dread sitting next to more generously proportioned fellow passengers.
What we can learn: Know the trade-offs. If you’re tall, you’ll covet an exit-row seat for its legroom, but the inflight entertainment screens in those seats are usually smaller. So if you’re of average height or short, on a long-haul flight and enjoy your movies, select a seat away from an exit-row.

The rebel: You’ll come across these folk in all walks of life, but on aircraft they’re the ones who regard noncompliance with announcements as a symbol of individuality. They’ll remove their headphones and switch off their devices only when told to in person by cabin-crew, and with direct eye-contact. “Oh, you mean ME? Are you sure?” They bank on the fact that other passengers are reluctant to Cause A Scene and, while the aircraft taxis and takes off, will furtively perform vitally important online tasks like adding puppy noses to their Snapchat selfies.
What we can learn: There are always people who use cutlery to extract toast from a toaster, but airline safety instructions are in place for a reason. Just follow them.